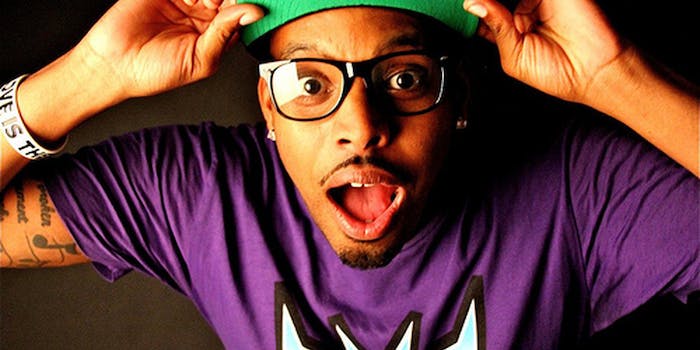 Richie Branson's rap song became a rallying cry in a tireless campaign to bring back Toonami.

Adult Swim has answered the cries of thousands of fans who used the #BringBackToonami hashtag on Twitter.

Ever since the April 1 prank, in which Cartoon Network’s Adult Swim teased fans with a Toonami block of programming, 11 years after it had been retired, fan campaigns have been growing in intensity. A change.org petition devoted to Toonami acquired 14,500 signatures.

The movement found its loudest voice in nerdcore rapper Richie Branson. The San Antonio artist composed the “Bring Back Toonami” song to raise awareness for the campaign.

“After a few supporters expressed the need for a #BringBackToonami anthem, I went in the studio in the early morning hours of May 8th and knocked it out,” he told the Daily Dot.

“The song really became an anthem for the Toonami faithful.”

“@richiebranson man, that toonami rap was completely amazing… you really spoke for all of us great work man!”  @GreenEnder23 wrote.

The song didn’t just inspire the fans, though. The same day he released the song, Adult Swim shared it on Twitter, pronouncing it “amazing.” The network then reached out to Branson.

“By that evening, they made contact expressing interest in using the song for some promotion,” he said. “By Sunday, the song was airing on Adult Swim. It’s been airing every night since.”

Branson said he assumed Adult Swim simply enjoyed the song. But after the network aired his music for a week, he began to guess something was up. Eight days later, the network made its announcement—Toonami was coming back.

“Yo show @richiebranson some love, his rap was one if not the biggest wave in the massive tsunami of fan outcry. #toonamisbackbitches,” wrote @codyfaulkner.

Branson, who recently recorded an album inspired by Toonami staple Gundam Wing, said he’s glad to have helped bring back the programming that influenced him as a fan:

“If not for Toonami, I would have never been as big of an anime fan as I am now. Sure, nowadays there are plenty of websites out there that provide instant access to a lot of anime, but Toonami exposed mainstream America to the wonders of anime.”