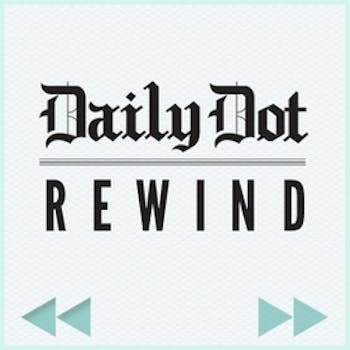 Rick Perry's campaign may well have died on YouTube. But Chuck Testa lives on!

Rick Perry was anything but smooth at this week’s Republican presidential debate. But his criminally stupid “oops” gaffe gave him his first YouTube moment , and possibly ending his campaign.

As the YouTube Trends blog noted today, that video was the most viewed in Des Moines and Cedar Rapids in Iowa—and the Iowa caucus is weeks away. That suggests potential voters are watching YouTube closely.

The original Perry gaffe video was viewed more than a million times before being taken down by NBC for copyright claims, but countless duplicates of the video remain on YouTube.

A trio of musicians released a new anthem for the Internet, “Le Internet Medley,” reminding viewers (and the Daily Dot) of Weezer’s meme-laden “Pork and Beans” music video.

Making an appearance in the medley: Chuck Testa, a taxidermist whom the Daily Dot interviewed after a quirky ad for his small business became famous. Testa was finally immortalized in the viral video hall of fame this week when the Gregory Brothers turned him into a song.

Footage showing Occupy protesters at the University of California at Berkeley getting clubbed by campus police midweek hit half a million views by Friday.

An artist tried to fool the Internet masses with his fake Photoshop skills, prompting YouTubers (and Redditors) to play detective.

Freelance animator Cyriak returned with another viral-video-as-art piece, this time titled “Welcome to Kitty City.” His latest work topped out at one million views. (Viewers may be familiar with his “Baaa” video, which has seen 6 million views to date.)

The official Call of Duty: Modern Warfare 3 trailer was the most-viewed video this week, collecting 8.6 million views.  A video of a YouTuber unboxing COD: MW3 received 2.2 million views, and was the tenth most viewed video on YouTube this week, according to VidStatsX.

Speaking of video games: Top YouTube gaming personalities hooked up to provide the community with a Team Fortress 2 celebrity match. Yogscast hosted the event, along with other prominent gaming YouTubers included TotalBiscuit, Freddie Wong, and Notch, as well as Valve employees. The first part of the match was viewed just shy of 730,000 times.

Rounding out the week with some lesser viewed videos: Caitlin Doughty launched a new video series titled “Ask a Mortician,” and some folks went skydiving with their hawks. Watch: