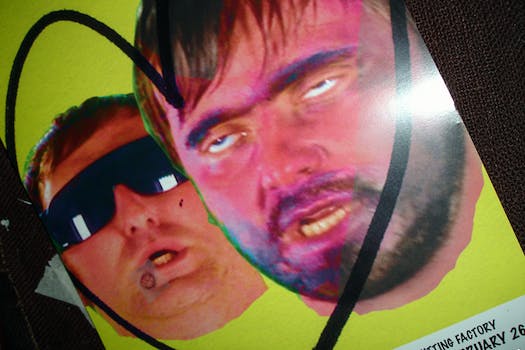 It’s not Tim and Eric, but it’s definitely weird

On Reddit, there's an entire community dedicated to videos reminiscent of Tim and Eric's avant-garde comedy.

Tim Heidecker and Eric Wareheim, better known simply as Tim and Eric, have created a distinct brand of comedy that’s inspired everything from pasta-filled teddy bears to an annual holiday, “Chrimbus.”

With three television series, one movie (Tim and Eric’s Billion-Dollar Movie), and a plethora of Web shorts under their collective belts, the duo cornered the market on surreal and absurdist material. Or so it seemed,.

The subreddit was created after subscribers to the actual subreddit for Tim and Eric continually posted links to similar material.

“Despite the bold red text on the submission page saying that non T&E related material will be removed, I still remove a few posts per week that are sort of T&E’s style, but completely unrelated,” o85, the moderador for both subreddits, wrote to the Daily Dot.

The creation of  r/NotTimAndEric in February 2012 has had an unintended as well, creating a community where redditors gather to share humorous content in the same vein as the Adult Swim personalities.

Subscriber Boncef submitted the awkward video below, currently the highest-upvoted link on the subreddit with 126 points. Another submission, posted by subscriber thesmoothsmoothness, contains footage of a public access program in which an overweight woman sings about men who “love the big girls.” Both clips, which take WTF to an entirely new level, would seemingly fit perfectly in between advertisements for “Shrim,” a staple of Tim and Eric’s Billion-Dollar Movie.

o85 points to the submission “Pickle Surprise” as an example of material that, in his opinion, comes closest to actual Tim and Eric content.

Overall, he views the subreddit as a “collection of weird videos found around the net” and not as anything that could collectively form the comedy duo’s successor.

“Most fail when it comes to creating their own T&E-esque stuff,” he explained. “Rarely funny or amusing.”