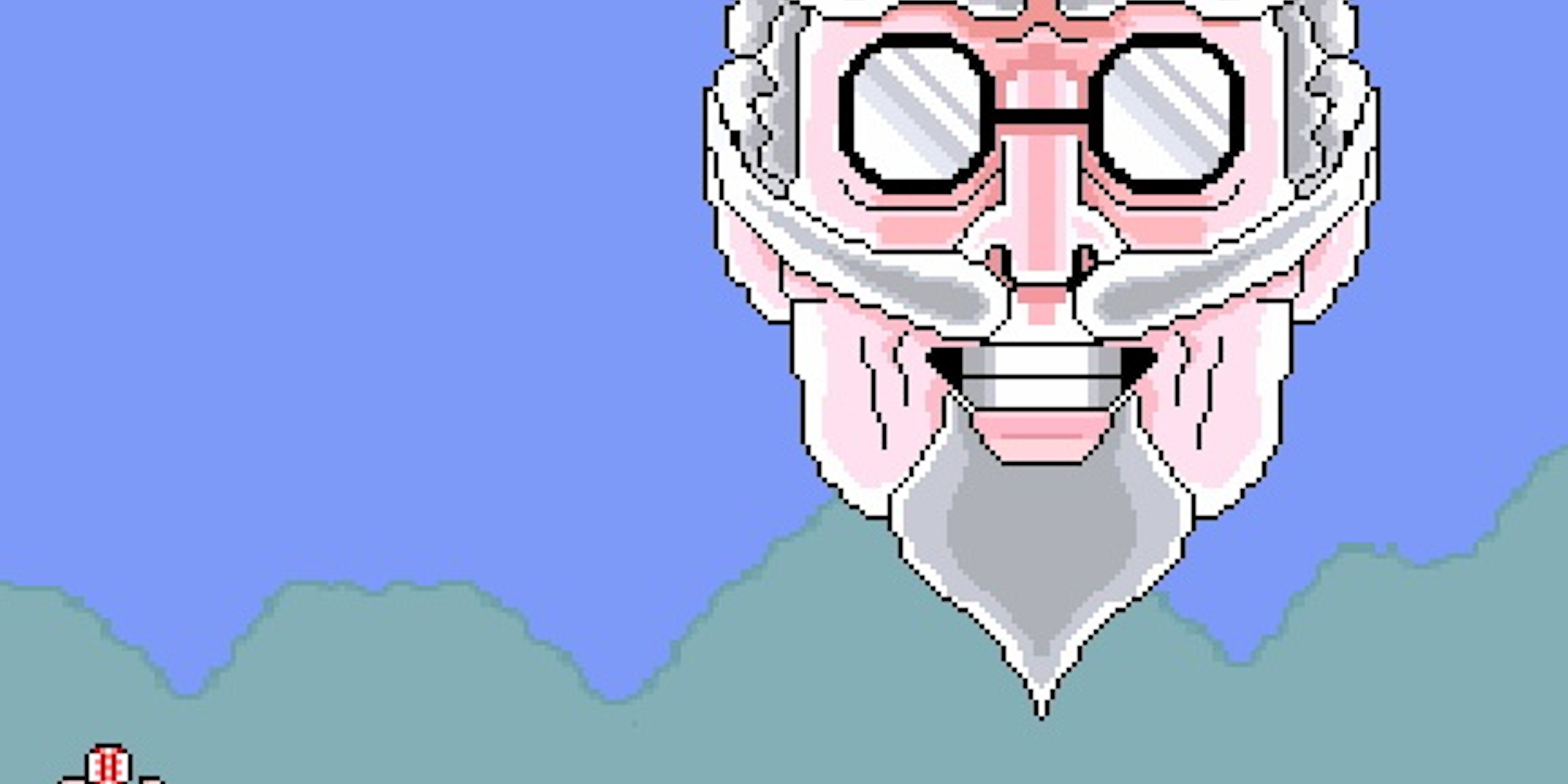 Reddit revives a video game scene that was scrapped from Community when Chevy Chase refused to film it, and the show's cast and writers take notice.

Over the past few months, a hardy band of Community fans has collaborated on Reddit to turn a video game based on an episode of the NBC show into reality. The redditors went an extra step recently, when they created an unfilmed scene from the episode and brought a Community writer to tears.

The show’s creator, Dan Harmon, took part in his second AMA (a live interview) on Reddit last week. As Boing Boing notes, he brought up the fact that the producers planned to film a post-credits scene (the “tag”) featuring Chevy Chase’s character Pierce tossing around a baseball with a digitized version of his late father’s head. When Chase refused to shoot the scene on the last day of filming for the season, the scene was scrapped.

Sensing Harmon’s dismay that the scene failed to come together, a redditor posting under the name bluebagel started a thread in the game’s subreddit, r/hawkthorne, suggesting that the group add the “tag” to Journey to the Center of Hawkthorne, the real-life version of the game shown in the episode.

A moderator of the subreddit, jhoff484, took up the challenge and created the “tag” with the aid of fellow redditors ADD_Attack and didory123, and Kyle Conroy (derferman), who created the r/hawkthorne subreddit.

After Conroy shared the “scene” on the main Community subreddit, Megan Ganz (a writer on the show and sometime redditor herself) spotted it. Ganz claimed the minigame “brought the tears” and added that she showed it to the cast members—except Chase—and they uniformly “loved it.”

Conroy, who met Ganz at a Community-related art show earlier this year, told the Daily Dot that “she seemed to really like the game. However, I didn’t expect her to show the entire cast. That really meant a lot to me and all the others who work on the game.”

Ganz asked for Pierce to smile in the scene after bouncing the baseball off his father’s head a certain number of times, a request Conroy was happy to fulfil. The “tag” received attention from Harmon as well, as he retweeted a tweet from Conroy.

Meanwhile, development on the main Hawkthorne game is coming along at a rapid pace. The 41st iteration was released Wednesday, and more than 200 people have contributed to the game over the past few months, Conroy said.

“My guess is that we currently have around 20 to 25 active contributors, but it’s tough to keep count,” Conroy added. “We’re always looking for more help.”

Almost 10,000 people have subscribed to the subreddit, with Harmon’s AMA boosting the number of members. That exposure, Conroy noted, “has really helped attract other developers and artists.”

Though that extra help has accelerated development on the game, Conroy isn’t quite sure when a finished version will be ready. “We’re working hard, but we don’t really know when we’ll finish,” he claimed.

It seems the Community fan mantra of “six seasons and a movie” is becoming “six seasons, a movie, and a video game.”

Screenshot via Journey to the Center of Hawkthorne