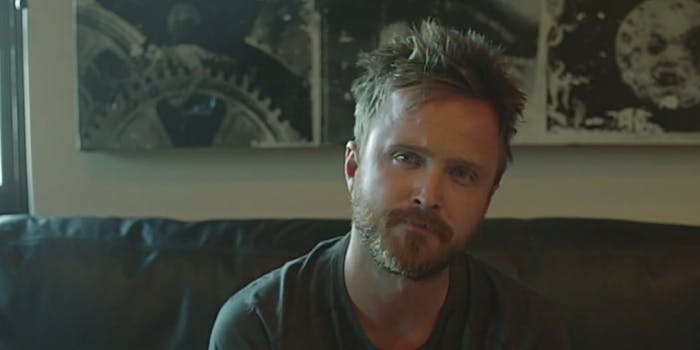 Aaron Paul doesn't tell just anyone he's a "bitch." Only those who deserve it.

Aaron Paul doesn’t tell just anyone he’s a “bitch.” Only those who deserve it.

The Breaking Bad star was a hit among redditors when he stopped by for a AMA (Ask Me Anything) live interview this week. The actor answered questions about the AMC drama, his career, and the time he was on The Price Is Right. Just like his character, Jesse Pinkman, he called pretty much everyone a bitch. Reddit loved it.

Paul loved his AMA too, and thanked the community with a video showcasing his highlights from the Q&A session. He rewarded those with his favorite questions and username, and those who asked about his wife’s anti-bullying organization, with “Bitchie Awards.” There’s no actual award for redditors—just the honor of Paul calling them a bitch too.