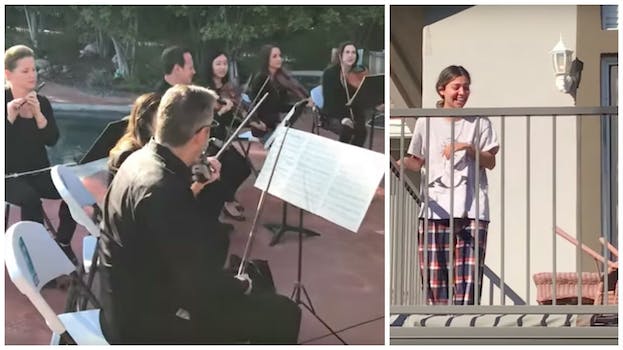 Rapper Logic surprises wife with orchestra for her birthday

Larry David would be proud.

Rapper Logic bills himself as “Rap Larry David” on Twitter, and for his wife’s birthday, he pulled out a trick straight from the Seinfeld co-creator’s playbook.

Logic, whose real name is Sir Robert Bryson Hall II, surprised YouTube vlogger Jessica Andrea with an orchestra for her 25th birthday, waking her up with the theme song from Curb Your Enthusiasm. It’s a thoughtful gesture made all the more memorable by Logic as he *dances awkwardly*.

You might recall that Larry David’s character did something similar for his wife in a season 2 episode of Curb Your Enthusiasm.