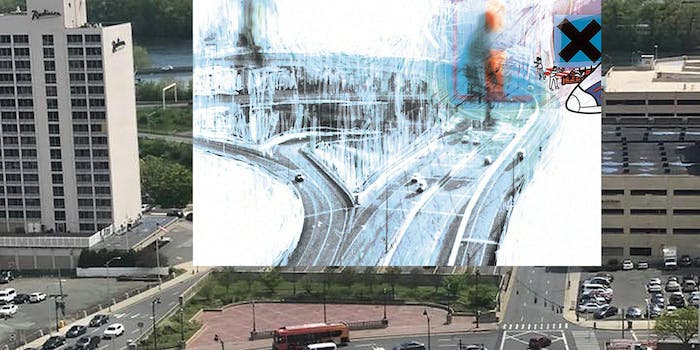 After two decades, a mystery solved?

With the 20th anniversary of Radiohead’s OK Computer approaching next month, fans may have solved a decades-old mystery.

Ahead of the remastered re-release of OK Computer, one redditor posed a theory and enlisted the help of some roadgeeks to figure out where the highway on the cover is located. Jordan117 exited onto the AARoads forum and quickly had an answer: an interchange in Hartford, Connecticut.

The AARoads user who pinpointed it, Mapmikey, explained that it “took about 10 minutes” to find, in roadgeek terms:

The middle BGS [Big Green Sign] has a two word control city with just a single letter as the first word. The BGS on the right has a two word city but two actual words. I figured that it was east of the Mississippi because of the (IMO) tight footprint of the interchange.

Posted by Hilton Hartford Hotel on Wednesday, May 10, 2017

Because of this spotlight on a Hartford highway, older stories about its possible reconstruction have resurfaced too. Some fans in r/radiohead even admitted they’ve driven that highway countless times and never made the connection.

This is way better than the eating photos of Thom Yorke thing.