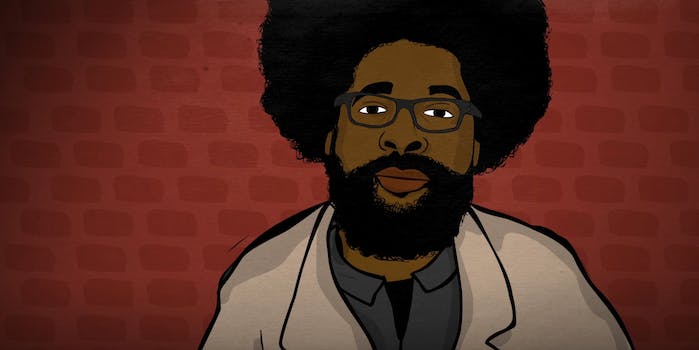 Don't come between a Rock and Roll Hall of Famer and his Pixar.

Imagine you’re at a party and Questlove is DJing. The music is bumping, everyone in the club is dancing. Suddenly, Prince appears with a Finding Nemo DVD in his hand. He wants the DJ set to stop so he can play the movie.

It may sound ridiculous, but it actually happened back in 2004.

In a new webseries called Storyville for his site OkayPlayer, the legendary Roots drummer shares tales of noteworthy celebrity encounters he’s had over the years. This week, he explains how bringing a blind date to a Prince show ended up leading to one of the weirdest DJ sets of his life.

It’s a lot like Pitchfork’s former Frames series, but with a focus on things that have happened to Questlove in his personal life. And we’ve already learned one important lesson: Don’t come between a Rock and Roll Hall of Famer and his Pixar.