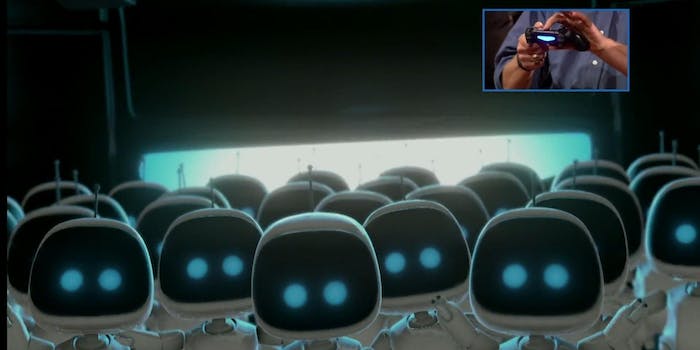 And all they did was show two dudes playing pong.

It’s when Ice T’s jaw drops after he stampedes through a churning pile of cuddly robots that you realize Sony probably just pulled off the PR coup of the year.

It happened on Late Night With Jimmy Fallon last night. Playstation’s head of special projects, Dr. Richard Marx, marched onto stage bearing the almost mythical new console, the PS4. Fallon and his apparent best gaming buddy, Ice T, were Sony’s chosen ones to try out the thing. If you haven’t paid much attention to the development of game technology over the past couple of years, what happens next will probably look like some computer graphics magic whipped up by the masters at Pixar or some other Hollywood studio.

It can’t be real, right? Well, let’s put it this way: Ice T is not a good enough actor to fake that childlike smile.