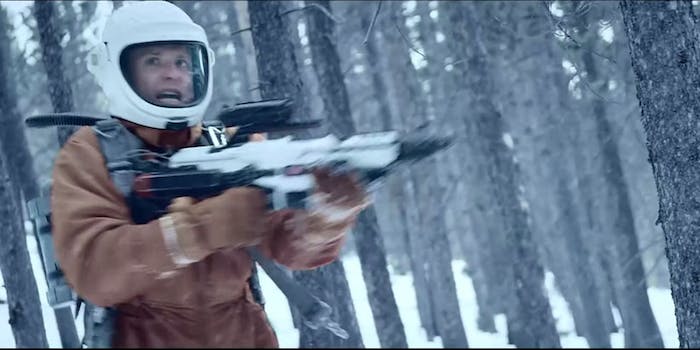 The best new sci-fi flick is only 8 minutes long

Stop what you're doing and watch Project Skyborn.

You wake up on a strange planet covered with snow. Cloaked in a spacesuit, you hold only two things: a technologically advanced rifle and a picture of your girlfriend. The only sounds you hear are your own panicked breathing, an electronic voice counting down the amount of minutes before breathable oxygen expires–and the occasional gunshot.

What would you do?

Vimeo user Marko Slavnic explores exactly this scenario in his short film Project Skyborn. Selected as a Vimeo Staff Pick, the dramatic video follows a stranded man (Will Buchanan) as he tries to stay alive in an apparent game of death. Eventually, he will come face to face with his attempted killer.

Project Skyborn is proof that a good movie doesn’t need a bloated running time or sky-high budget to evoke a feeling of raw tension.