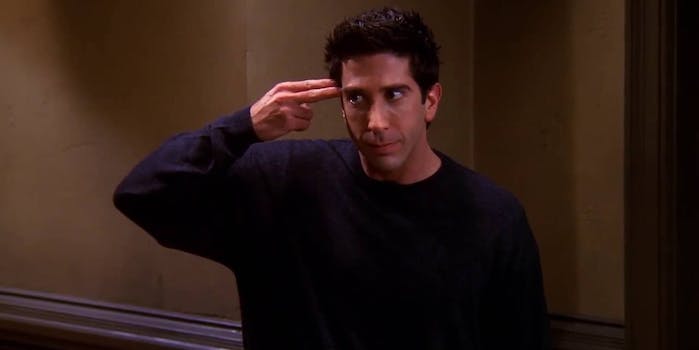 Even his students know that he was on a break.

In college, it came as reflex: Sign up for a class, look up the professor. Rate My Professors scores solidified a student’s decision to go forth with the course or drop it instantly based on level of difficulty, quality, and prof hotness. And apparently, a teacher does not need to be real to make it onto the site.

Within the thousands of listings lies a farcical page for Friends‘s Ross Geller, a (not real) professor of paleontology at New York University.

Though Professor Geller’s Rate My Professors page has been up and running for years now, the page is making the rounds on Twitter.

Omg Ross Gellar has his own rate my professor page hahahaha pic.twitter.com/yXPNhWZt1W

What’s even better than the fact that this page even exists are the hilarity of its comments. They refer directly to some of Geller’s legendary moments, including when he spoke to the class in a British accent, when he fooled around in the back of the library, and when he dressed up as the Holiday Armadillo to teach his son about Hanukkah. 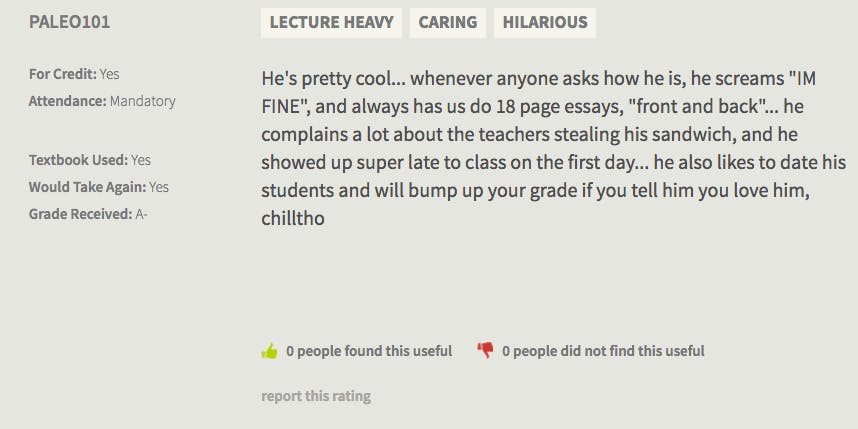 For those unfamiliar with the show, a glance at this professor profile would deem worrisome and strange. But for those who learned to love the series and character after 10 seasons, it’s damn hilarious.

As of this writing, Monica’s restaurant does not have any Yelp reviews, though there is a Joey Tribbiani IMDb page.