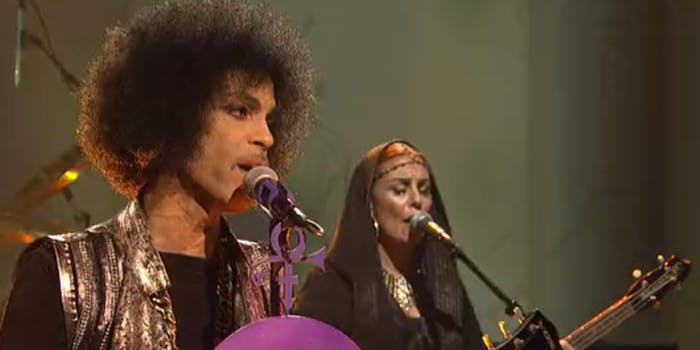 Prince’s ‘SNL’ performance was an 8-minute jam, because he’s Prince

Prince was the musical guest on Saturday Night Live last night, and since he’s Prince, he performed an eight-minute medley of new songs, backed by his band, 3RDEYEGIRL.

He indulged some extended solos, wore glasses that insured his third eye was covered, and generally blew away most of SNL’s musical performances. He did everything short of transforming into a cloud of purple smoke, though he might have done that later in the night.

As Rolling Stone pointed out, the last time Prince was on TV for eight full minutes was the 2007 Super Bowl halftime show.

The Washington Post has an interesting look back at Prince’s first appearance on SNL, back in 1981.