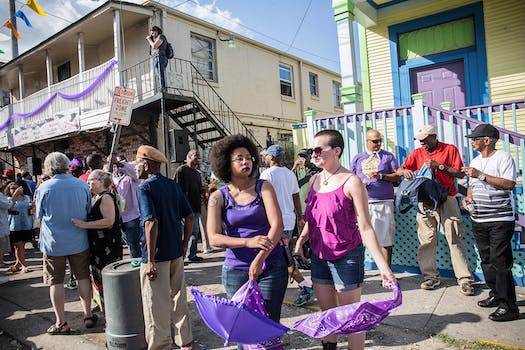 How a New Orleans second line parade for Prince came together

A fitting tribute for the Purple One.

Prince passed away last Thursday. A second line parade was held to honor the Purple One just four days later in the historic Treme neighborhood in New Orleans.

Despite the time crunch, the tribute seemed to come together seamlessly—and it all started with a Facebook event hastily posted just as Martha Alguera was processing the news.

Alguera, who teaches and is finishing a degree in music business at Loyola University, was on campus when her student worker came rushing in.

“Everyone knows how much of a music head I am and fanatic of all things Prince. My heart dropped when she [told me],” Alguera tells the Daily Dot.

“It brought me back to 2009, when I found out [Michael Jackson] died and I was also at work and went into the bathroom to cry. How could this be? What happened? Disbelief, shock, anger. I went to the bathroom and cried again.”

The event planner behind Musicsynergy504 knew she had to something.

So did James Andrews, a prominent New Orleans trumpeter and the older brother of Trombone Shorty. He called her soon after and the two agreed that a second line would be the best way to honor the musician. “I then immediately set up the Facebook event page,” Alguera says.

Alguera and Andrews worked with Ooh Poo Pah Doo Bar owner Judy Hill to plan the logistics. Hill just happens to be Andrews’ aunt and a prominent fixture in the local music scene, hailing from a quintessential New Orleans music family. Prince had touched the lives of all three immensely. 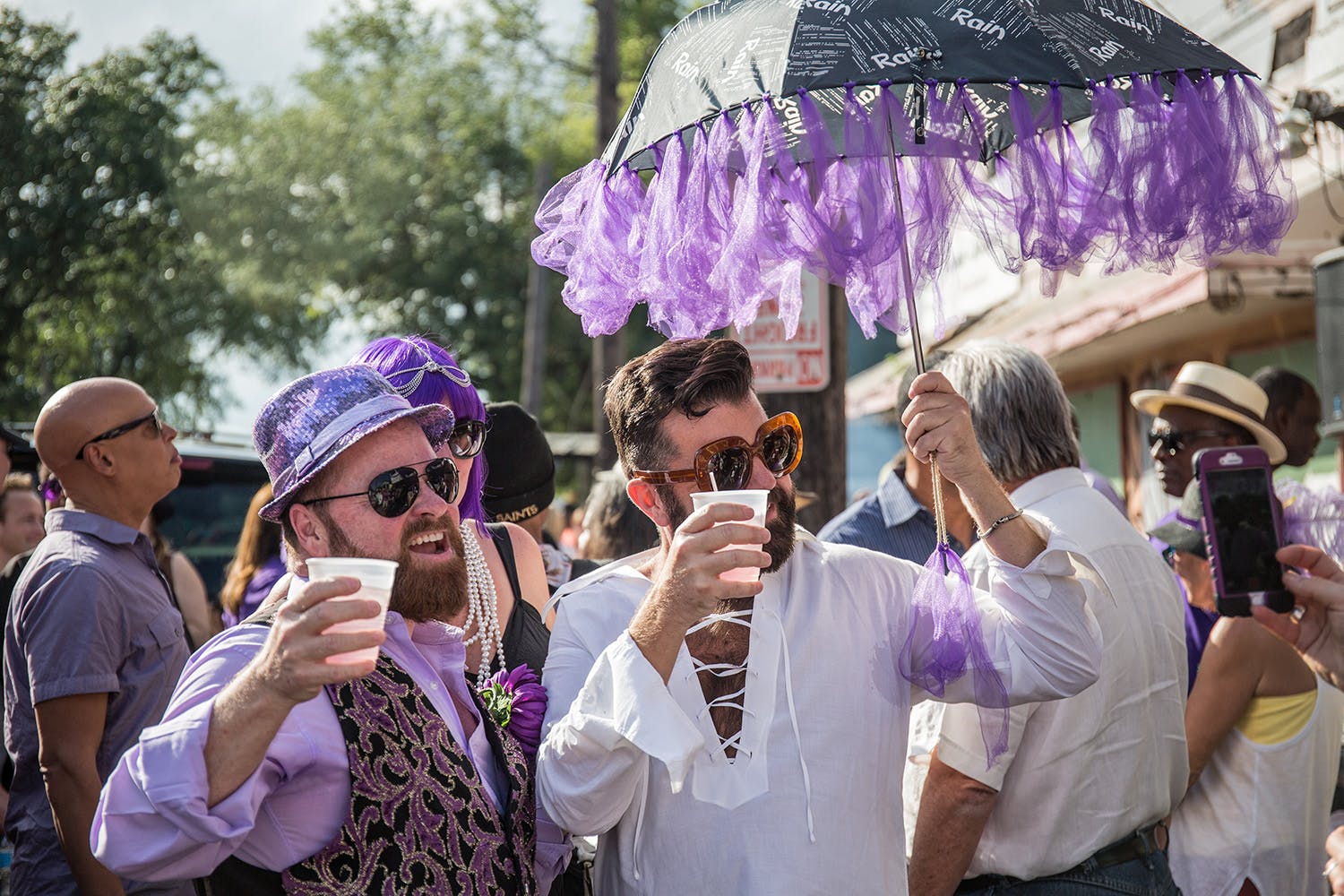 As RSVPs started pouring in on Facebook, so too did a surprising email from People for the Ethical Treatment of Animals (PETA). The animal rights organization had caught wind that there was to be a white dove release following the parade and it wasn’t happy about it. Represenatives from PETA contacted Alguera on Sunday. With just 24 hours to go until the second line, she was once again forced to act fast.

“I didn’t want any negative press and also Prince was a huge PETA supporter and vegan. We decided we didn’t want to do anything that was in opposition of what he stood for,” Alguera explains. “It was all good in the end.”

The changes in plans were spun into a positive way to deepen the tribute to Prince. Instead of lives doves, a purple balloon release was planned following the end of the parade. There was certainly plenty of action up above, as dancers took to porches, the tops of cars, and roofs while marching bands set the mood and revelers watched from below.

The second line was a resounding success for Andrews, Alguera, and Hill, who’d organized just one other high-profile second line for fallen Saints player Will Smith, who was tragically shot and killed in the Lower Garden District this month. With both second lines, the memory of those they sought to honor beautifully intersected with the spirit of the city, echoing its resilience.

Alguera likened Monday’s celebration to Prince’s curated 2014 Essence Fest headlining set. This was to be the last performance that the iconic musician would deliver in the Crescent City and she was part of the lucky thousand in the Superdome that Independence Day to experience it. “The man was music,” Alguera stresses. “When he sang ‘Purple Rain,’ I totally ‘ugly cried.’

“It was so beautiful, he was so beautiful, the crowd was amazing. I felt that exact way when the second line crowd all sang ‘Purple Rain’ in unison outside the bar. … I was so proud of our city for showing up. We represented to the world that we aren’t just a city wrapped up in violence. We really come together for our fallen musical heroes.”