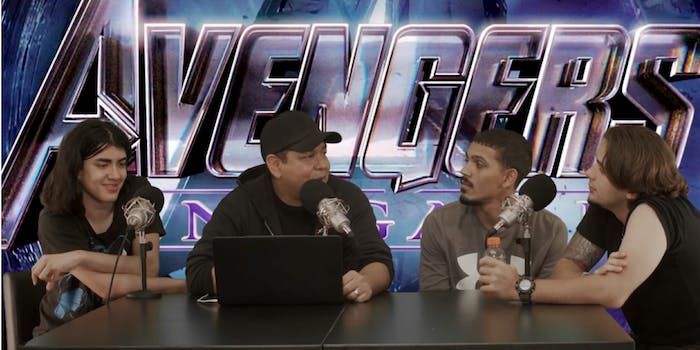 First up: a 45-minute review of 'Avengers: Endgame.'

Prince, 22, said in an Instagram post that while the first review—of Avengers: Endgame—was posted to his personal YouTube channel, they’ll “be making an actual channel dedicated” to the movie review series. Brother Blanket Jackson, 17, who goes by Bigi now, will also be part of the series, as well as cousin Taj Jackson. Another cousin, James Sutherland, is credited as a special guest.

Prince had previously posted a photo of him, Bigi, and others at an Avengers: Endgame screening. In the 45-minute video, Bigi says he’s seen the film three times.

Neither Jackson has publicly addressed the HBO documentary Leaving Neverland, in which two men recount being sexually abused by Michael Jackson as children.