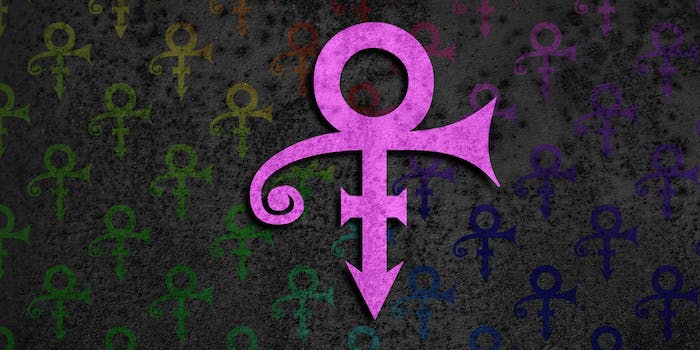 The absolute best of Prince you can watch online

You can stream Prince all day.

Prince passed away at his home in Minnesota at age 57. As we collectively grieve this immeasurable loss, many of us are compelled to find solace in his massive catalog.

This isn’t particularly easy to do online. Prince’s relationship with the Internet was on-again, off-again; in 2010, he told The Mirror that the “Internet was completely over.” His streaming catalog is now limited just to Tidal, which is home to 34 of his albums. So let this be your reminder to sign up for that free trial and bask in the stream of Prince today/this weekend/for the next month.

The radio station 89.3 The Current is also streaming Prince music all day.

As for YouTube, Prince had a complicated relationship there, too. Most notably, his label sued to get a 2007 clip of a woman’s baby dancing to “Let’s Go Crazy” removed from the Internet. In 2015, it was ruled that labels must consider fair use before issuing takedown requests.

But a handful of stellar Prince clips still exist (at least for now), ones that show every angle of the glorious prism that is Prince.

Prince in the rain doing “Purple Rain” for the 2007 Super Bowl halftime show. Reportedly, when asked before the set if he was OK with the rain, he told organizers, “Can you make it rain harder?”

Radiohead’s Thom Yorke, another musician with a complicated relationship with streaming music, was apparently a bit perplexed that Prince blocked this cover from YouTube in 2008. However, seven years later (how long is that in Prince years?), the clip was allowed back.

This full performance is worth a watch, but this song in particular shows Prince the performer.

Around the 1:50 mark, James Brown calls out to Prince in the audience, who naturally arrives riding on a longhaired man’s back. He then floats on stage and tosses off his gloves. Game: blouses.

Prince surprised Bryant Gumbel on the day he left the show and showed off his comedic side.

A memorable moment on TODAY: Watch Prince surprise Bryant Gumbel on his last day in 1997https://t.co/1abfqtT1HA

He knew how to dress for television appearances.

The best thing to come out of the 1989 Tim Burton-helmed Batman, to be honest.

Prince joined Tom Petty, Steve Winwood, and Jeff Lynne to perform the Beatles song at the 2004 Rock & Roll Hall of Fame induction, as a tribute to the late George Harrison. He rips a Princely solo around the 3:28 mark.

Where were you when you saw Prince’s ass on TV and how did it make you feel, you know, down there?