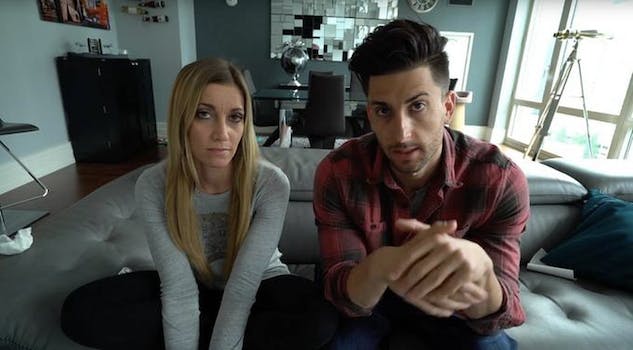 The pair will take a break from YouTube and each other.

Jesse Wellens and Jeana Smith got serious on their vlog channel late Wednesday.

After 10 years of dating and seven years of making prank videos together for an audience across their channels of 17 million fans, the PranksVsPrank couple announced their breakup on their vlogging channel, BFvsGF.

“Every couple that I know personally and not personally that daily vlog together, it burdens the relationship,” said Wellens in the video. “When it gets to a point where it starts to feel like a job, and you’re not doing things because you love the person, you’re doing them for a vlog, that puts a huge burden on the relationship. And you start losing focus on, ‘What am I doing? Am I doing this because I love her? Or am I doing this for the video?’ That’s toxic for any relationship.”

Wellens and Smith recently released a show on YouTube Red, Prank Academy, that helped teach fellow celebs how to do the perfect pranks. The future of that, like the future of their own channels, is now up in the air.

“Everybody thinks everything’s perfect, that we have a perfect life, and it’s really not at all what people sometimes think,” Smith added. “Everybody has problems, everybody has issues.”

For now, the duo will take a break, both personally and professionally. Wellens will move to New York, and they don’t know what will happen with their channels going forward.

“I just ask whatever we decide to move forward, please support that,” said Wellens.

Wellens and Smith are far from the only couple who’ve made their YouTube name together in collaborative efforts, but are one of the most prominent duos who’ve broken up while sharing a major joint channel. Relationship expert Sherry Amatenstein said couples should think through all the options before they dive into sharing their lives online.

“Be careful and really think it through,” she told the Daily Dot. “Why are you doing it? The relationship has to be the No. 1 thing. ‘What’s more important, the fame we might get together, or us?'”

Said Smith: “There’s going to be so many people who come to this video who don’t care about me and Jesse. … They want gossip and drama, they want to capitalize on it.”

The pair finished the video in tears, pledging that they still love each other.

“If you do care at all about BFvsGF, just give us support,” pleaded Smith. “It’s all I can ask.”