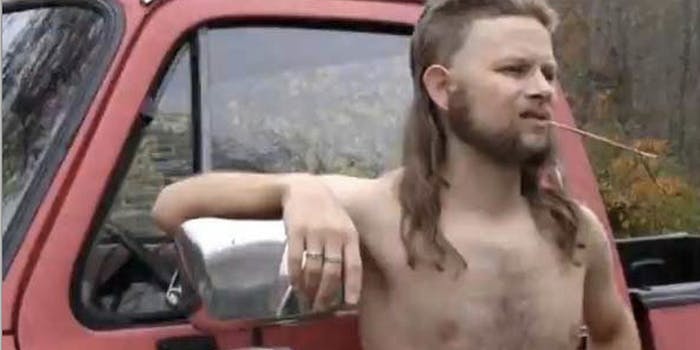 The latest image macro to bubble up from Reddit is intended as a clever satire of white bigotry, but it may inadvertently reveal redditors' own biases.

“You might be a redneck,” the great Jeff Foxworthy once said, “if your image is used as an image macro make a joke about a person with progressive values who still speaks in a politically incorrect manner.”

OK, the godfather of redneck humor probably never said that. But he would, if he knew about this new meme (“image macro” if you want to get technical): Almost Politically Correct Redneck. It’s a picture of a shirtless guy with a mullet, leaning on his pickup, hay between his teeth. In captions he earnestly espouses progressive values with one breath, then inadvertently exposes bigotry with the next. “I think it’s great when women succeed at work,” he says in one image. “Bitches hate that shit.”

Though it’s unclear exactly where the image came from, it’s been tracked down as far back as a 2009 Fark thread.