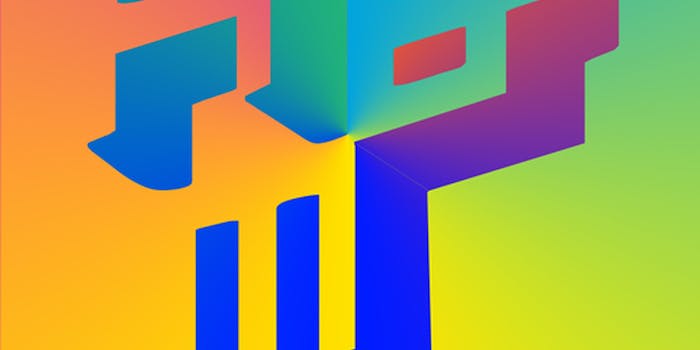 In 2011, Jeff Emtman came across a photo on Facebook that both disturbed and fascinated him. The picture featured a friend holding a recently birthed placenta in her hands.

“I said to myself, ‘Wow, that’s really bothersome, and I don’t know just why it’s bothersome,’” the 24-year-old Emtman recalled over Skype. “It tied into some things I was thinking about, and it got me thinking that maybe I really needed to start doing art about the things that I’m afraid of. Because that list is about as long as the King James Bible.”

That idea spawned Here Be Monsters, the podcast Emtman launched last year. (Tagline: “The podcast about fear and the unknown.”) Each episode finds the Boulder, Colo.–based Emtman or one of his contributors diving into a true story that deals with some element of the real-life macabre, unknown, outre, or just plain strange. Inspired by that initial Facebook image, one episode delves into placentophagy, the increasingly popular practice of mothers eating their placenta, which some claim helps prevent postpartum depression and other pregnancy complications.

In another jarring installment, a guest shares the story of his own circumcision … at the too-old-for-comfort age of 12. One episode finds an aspiring, American sea captain fleeing Burma during a period of political unrest, while an early episode dived into historical cartography and the monsters and serpents that once prowled the corners of maps. Clearly, in only 22 episodes, Here Be Monsters has featured as motley a collection of topics as any podcast on the landscape; with the loose remit of plumbing and exploring the strange, it’s impossible to predict what subject any given episode may tackle. Emtman comes by his stories through natural curiosity, the recommendations of friends, the suggestions of listeners, and via other avenues, but they all have one thing in common: They have to stick in his mind.

“If I notice myself thinking about something over and over again, then I know it needs to be done,” Emtman explained.

“If it’s something that gives me pause or makes me cringe, and is still in my head a week later, I find myself wondering ‘Why does this bother me so much? Why is this simple thing causing me so much distress?’ … I guess that’s what determines whether I’m interested in a story or not.”

Emtman grew up in relative isolation in Washington near the Idaho border. His love for the medium of audio storytelling began with a fondness for audiobooks, growing over time into an appreciation for radio and podcasts as well. He designed his own major—“social portraiture,” the capturing of a person or story through multiple media formats—at the Fairhaven College for Interdisciplinary Studies in Bellingham, Wash. Initially, he focused on photography, but found himself falling in love with radio as a reporter, and later news director, for KUGS, the student radio station of Western Washington University. His first piece focused on the local roller derby league, and it immediately gave him a taste for the form.

“I remember being kind of astonished at how much time it took to report even a short piece really well, but I also remember this absolutely incredible sense of accomplishment at the end of that piece, of having put something like that together,” Emtman said. “Now, mind you, it wasn’t the world’s best piece, but I thought it was pretty good, especially for my first try. And that’s when it clicked with me.”

Emtman took to radio and found himself feeling more enthused by that medium than the photography that he was focusing on. His decision to switch gears came during a long, sleepless night.

“It was just one of those nights when you get too curious about the world, and your questions about the future become really prevalent and really important all at once,” Emtman remembered. “Long story short, I realized that I was in the wrong field and that I needed to switch things around a little bit.”

That was the same night Emtman decided he’d been living too much of his life motivated by fear and needed to face his insecurities head-on—the seed of an idea that would grow over time into Here Be Monsters.

At first, that decision manifested into an entirely different idea. Long nervous and fearful around strangers, Emtman decided to meet as many as possible by hitchhiking across the country in the summer of 2011, an experience he details in the latest episode of Here Be Monsters.

He graduated from college shortly after and settled in Boulder, working as an independent radio producer and in various side jobs. It was an email from Soundcloud, calling for applicants for their 2012 fellowships, that prompted Emtman to put together a pitch for Here Be Monsters. To his surprise, he was awarded with a $3500 fellowship—alongside a prestigious crop of shows that included former NPR reporter Andrea Seabrook’s DecodeDC and The Truth. He quit his job, started the podcast, and spent nearly four months working himself ragged churning out episodes full-time. 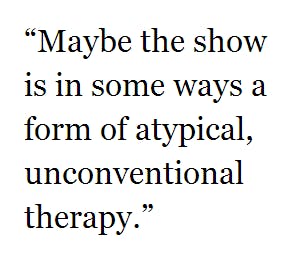 Despite the litany of bizarre topics that populate Here Be Monsters—coupled with Emtman’s deep, occasionally mildly spooky voice, as well as the richly atmospheric use of sound and music—it’s worth noting that the podcast doesn’t play up its stories as ghastly or sinister. On the contrary, the podcast is reliably thoughtful and often uplifting; it delves into and details fears largely, it seems, to debunk them. The show is an ongoing exercise in affirming that the unusual is not, actually, that scary.

“Maybe the show is in some ways a form of atypical, unconventional therapy. Where I’m going to go and figure out why I’m so weird, and if that helps you out too, great! And it seems like so far people have really enjoyed that aspect of it,” Emtman said. “But the world isn’t black and white. That’s something I’m learning every day and with every episode. Just because something makes you afraid, that doesn’t mean that something is bad.”

Take, as an illustrative example, episode 16—a discussion with director Sean Dunne, whose short documentary, American Juggalo, took Dunne deep into the heart of the Gathering of the Juggalos, the annual festival for the Insane Clown Posse’s devoted fans. Where much of the media coverage of the Juggalos is either scare-mongering or openly mocking, Dunne found a culture with much to offer those who feel ostracized by broader society.

“I was actually pretty afraid of Juggalos, based on the people I’ve met who were a part of that identity, plus the fact that the FBI considers them a gang,” noted Emtman. “That was a real fear of mine. And talking to Sean Dunne really helped quell some of that.”

Emtman’s openness to exploring a wide range of topics extends also to his philosophy of production: He welcomes listener ideas for episodes and will even encourage friends and friends of friends to get actively involved with the creation of an episode, should they have an idea. He’s planning future episodes that will touch on everything from weaponry in the era of 3-D printing to stories from inside a high-security prison.

“I often say to people, ‘OK, this sounds really hard, and it is really hard, but it’s also totally doable,’” Emtman said. “Radio production is not something that you have to go to 10 years of school for.

Photos via Jeff Emtman/Here Be Monsters