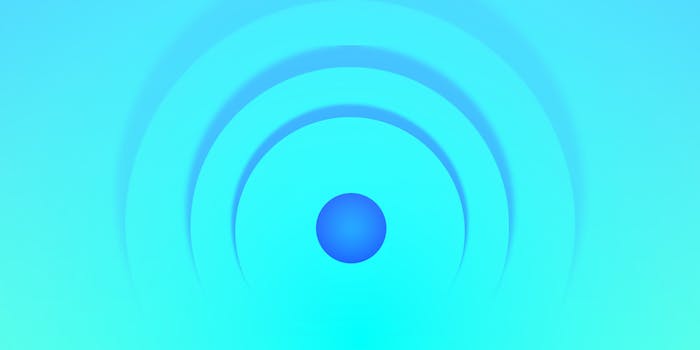 The podcasting state of the union

In 2017, the system is finally evolving. And there's money.

The quality of podcasts these days is remarkable.

There are more today than ever, from legacy radio productions to new and amateur voices. The number of podcast listeners is growing steadily year over year. There’s more ad dollars, both unique number of advertisers and types of advertisers, than we’ve previously seen. Media entities are earnestly covering the podcast space because their readers are interested and discussing the field. According to most podcast professionals, the industry is thriving.

Serial’s arrival in 2014 resulted in more than 100 million downloads in its first season; integrations and original programming are coming from Apple, Spotify, Pandora; and legacy media institutions like the New York Times, NPR, and CNN are launching whole catalogs of podcasts.

Newer shows, once relegated to hoping for a slot in the New & Noteworthy section of iTunes for attention, are now being covered in People, Esquire, Entertainment Tonight, and US Weekly. In the past podcasts were seen as audio files uploaded to the web by weirdo mouthbreathers in their parent’s basement, and now they’ve become part of the cultural zeitgeist. And there’s money.

It’s projected that in 2017 podcasting will earn $207 million in advertising revenue, up from $167 million in 2016. Erik Diehn, CEO of the podcast advertising network Midroll Media, thinks that this influx in capital is coming from two places.

“Many of the companies that have been doing podcast advertising for a long time are themselves doing quite well and growing; Squarespace, Casper, Blue Apron, etc., and as those companies grow, their marketing budgets grow,” Diehn tells the Daily Dot. “They learned early on that podcast advertising works, so they’re sticking with it. Then there’s lots of newer direct to consumer digital, or DR [direct response] advertisers coming in that are testing in small amounts, so that’s creating more dollars.”

It helps that podcast advertising works.

“The ad format that podcasting has developed over time,” Diehn says about ads read aloud by the host, “was developed out of necessity quite frankly, because we didn’t have the infrastructure to do the insertion and the other things that YouTube has done, is an ad that works.”

Even so, one of the industry’s biggest criticisms has always been the lack of transparency when it comes to listener data. This isn’t a result of greedy advertising firms, but because podcasts are running on essentially the same platform they were using more than a decade ago—one that doesn’t allow for the tracking of detailed listener data such as the point when someone stops listening to a show, or audience demographics.

A quick overview of this technology: A podcast producer will create an audio file (mp3, etc.), upload it to a hosting service (libsyn, SoundCloud, etc.), and then a podcatcher or podcast library (iTunes, Stitcher, etc.) will pull the file from a previously shared RSS feed. This podcatcher will notify listeners of a new episode if they’ve subscribed. Historically there’s been little to no incentive for podcatchers to track or share listener data beyond download numbers.

In 2017, this system is beginning to evolve.

Hosting platforms like Acast, A19, and Panoply’s Megaphone are actively trying to solve this issue through new technologies, and there are public forums openly discussing possible updates and changes. There are still barriers to collecting this data, such as the fact that more than 50 percent of podcast listening occurs on iTunes, an historically opaque platform, and that as of this writing the three hosting platforms previously mentioned are invite-only. Still, the common thought process among industry leaders is that this is changing.

In addition to the evolving metrics behind podcasting, how we find shows is changing. Until recently new podcasters were beholden to a few outlets when it came to promotional opportunities to get new listeners: iTunes promo, or maybe a shout out in the A.V. Club. With more than 250,000 podcasts and over 15 million episodes, this is an issue for a newcomer without a large institution or a brand in their corner.

They have to be twice as good to get half the audience. But there’s hope.

Today there are dozens of media institutions not only covering the podcast arena with a sense of criticism that didn’t exist prior to Serial, but that are also producing their own shows (some of which are about podcasts). Savvy podcasters are now releasing their shows with publicity campaigns, a flashy splash into the social media world, and through podcast-to-podcast promotion. Since word of mouth has always been and will always be the best kind of brand marketing, there are also a slew of companies in the audio space working on apps designed around curating podcast feeds.

There’s RadioPublic-—founded with PRX as a partner, that launched a series of apps for Android and iOS meant to help curate podcasts—which also just launched a public playlist feature. Project Orange is a forthcoming podcast curation app from Sirius XM (its name is set to change). NPR One is a curation app for NPR shows and non-NPR programming alike. (There’s likewise a previously piloted discovery app called earbud.fm, which was a searchable database of the year’s leading podcasts).

It’s not clear if any of these apps will take off beyond a core user base of podcast nerds, but it’s a need that the industry is finally addressing. Spotify is launching three original podcasts, two of which may be released exclusively on Spotify in order to try and garner new audiences.

A growing industry concern is actually the inverse: Is there even enough talent out there?

“Like any rapidly growing industry, there is more demand than experienced talent available. We especially see this on the content and production front,” says Turck.

What this has tended to mean is that any good indie production is quickly snatched up by one of the bigger networks, because who doesn’t want to get paid and have institutional support? But this experimental podcasting frontier is a net positive. Perhaps more people coming into the field will try new things to pave their own way, something that can’t hurt the listeners.

These are all small pieces that point to a maturing industry, hungry for growth. Through the entrance of seasoned public radio and media executives, hungry and fresh talent attracted by the lack of gatekeepers, and new money, podcasts have arrived as a major media platform—and they’re here to stay.

Correction: Earbud.fm is a standalone project, not a previous version of NPR One.