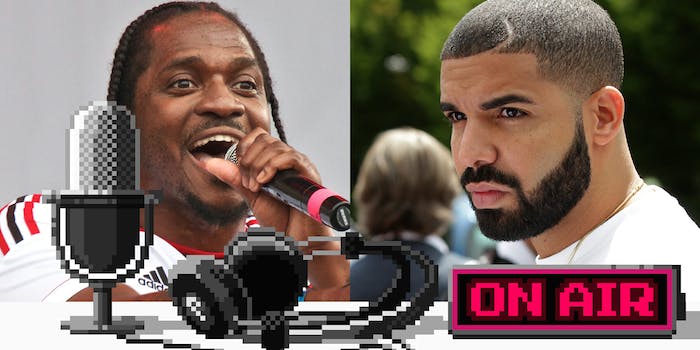 Plus: Why you should be watching Amazon's 'Picnic at Hanging Rock.'

This week in entertainment, it’s all about having the last word!

We discuss the ongoing Drake-Pusha T diss volley that flared up again this week, after the release of Daytona. The stakes are lower for diss tracks in 2018, but investigative reporter Pusha T might have messed up Drake’s SEO play, and that’s a new kind of malice.

We also discuss the Roseanne cancelation and the grift of the #boycottABC hashtag, and have some recommendations for summer streaming, including Amazon’s subversive adaptation of Picnic at Hanging Rock and Coralie Fargeat’s stunning film Revenge.