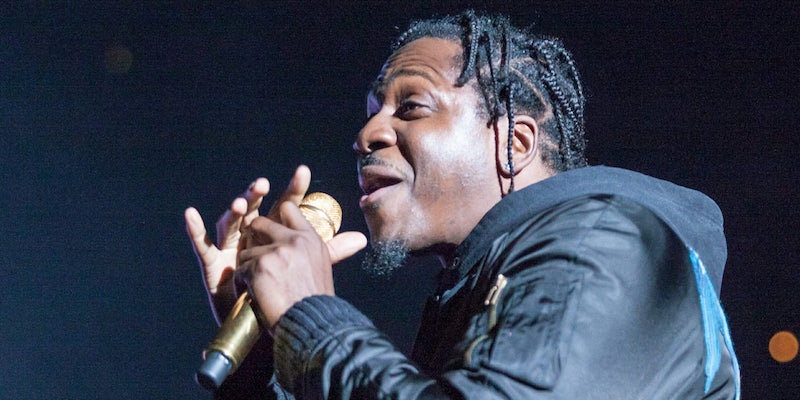 The 'organized chaos' of the Kanye-produced project is not without controversy.

Pusha’s drug-rap style, finessed in Clipse, is there on Daytona but his bars have gotten even tighter, floating on West’s found melodies, samples, and beats. The internet has been feeling the surge of emotions that comes with listening to the “king of the ovenware,” and the cocaine memes are in.

*listens to Pusha T once* pic.twitter.com/Ft3kTrlfzE

*Listens to 17 seconds of Pusha-T's #Daytona*

Me: nah, lemme get my lemonade on ice…and put it in that PYREX lil baby!!!! pic.twitter.com/1GkeoJDCdN

Me listening to Daytona after I put the kids to sleep pic.twitter.com/p5Tn1X5SuO

There were also reactions to some of the album’s disses; Pusha takes a few swipes at Drake for allegedly having a ghostwriter.

“It was written like Nas but it came from Quentin.” #DAYTONA pic.twitter.com/Q2YtRIdMuy

The release is not without controversy: The album cover is a 2006 photo of Whitney Houston’s bathroom that once was on the cover of The National Enquirer, which West allegedly bought for $85,000. Pusha says the cover represents “organized chaos” and fits with the album’s vibe, but that West also told him to change the album artwork at the last minute because “he wasn’t feeling it.”

The album is streaming on music services like Spotify.