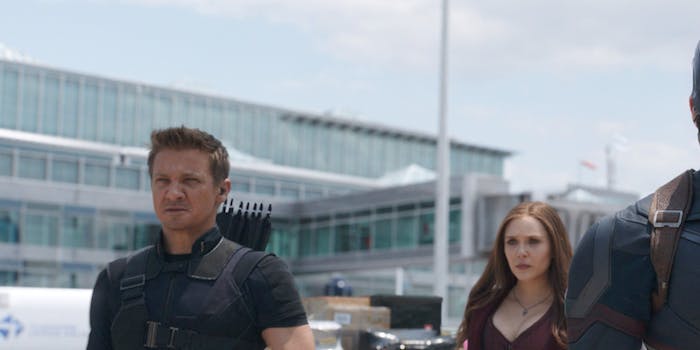 In a crowded room of music-streaming services, Playlists.net has more of a personal angle, where curation is largely left to the user.

After Lou Reed passed away on Oct. 27, his Spotify account became a default gathering place, as we all collectively mourned him via social media. His account hosted several playlists of songs he liked from the radio, or songs he was listening to. Some of the artists on his mixes were surprising, some enlightening.

It provided the perfect digital platform to channel the sadness of losing an artist we didn’t know but admired: At least we could listen to his mixtapes.

Playlists.net is the aggregating arm for Spotify playlists, a place where user mixes can be shared and circulated, though it’s not run directly by Spotify. In June, the U.K.-based company officially changed its name from ShareMyPlaylists to reflect data suggesting that users mainly browse and consume, rather than contribute.

That makes sense. Since debuting in 2009, the site’s curation has been done, and now it has enough content to attract a community looking to “discover.” The latest version of the Spotify app for iOS, which debuted in October, lets users pin playlists to certain locations, allowing nearby users to share in a location-based experience. There’s also an option for custom artwork for the mixes, adding a bit of nostalgia to the process.

In a crowded room of music-streaming services, Playlists.net has more of a personal angle, where curation is largely left to the user. And their new iOS features are attempting to make Playlists more of a social tool: A digital jukebox that offers an ambient awareness of what those around you are listening to.

In September, Playlists.net founder Kieron Donoghue addressed U.K. label Ministry of Sound’s lawsuit against Spotify for copyright infringement on his personal blog and went further on the issue of how musicians and labels should be viewing Spotify :

“The whole idea of MoS suing Spotify because it’s users are going to the effort of curating playlists based on their albums reminds of the days when the record labels would try to sue people who illegally downloaded music MP3’s for ridiculous amounts of money. The very fact that users want to have MoS content on Spotify but have to create their own, because it’s not there is a huge compliment. MoS need to embrace this and work with their audience, not against them.”

Donoghue told the Daily Dot that the site sees 100 to 200 playlists uploaded a day, as well as approximately 40,000 playlist plays. Of the 147,000 playlists currently on the site, only 82 were curated by staff.

“The whole idea of Playlists.net is to give the bedroom DJ/curator a platform to establish and grow followers,” he explained. “We believe you don’t need to be a Pitchfork or NME editor to know good music. Take Playlists.net super-user Phil Wilce, who curates a monthly “Soundtrack To…” playlist of 50 under-the-radar tracks each month. He doesn’t work in the music industry; he’s just a crate-digger and has amassed a huge following. He’s now become somewhat of a tastemaker and even has record labels pitching him new music to include in his playlists each month.”

He added that they’re seeing more users land on Playlists.net via mobile devices, and the company’s currently working on a new Android app.

On a recent Sunday afternoon, Playlists.net offered these titles in their most  played section: “Hipster International,” uploaded by a user named Sean Parker (yes, that Sean Parker); “Big Lebowksi Mix,” which reimagines the film’s soundtrack with Debbie Reynolds’ “Tammy” and the Monks’ “I Hate You”; and a questionable list titled “The Best 35 Songs You’ve Never Heard.” (Side note: A Dave Matthews Band version of Neil Young’s “Cortez the Killer” is on this list, which is an offense.)

On the “latest” page, you can find oddities like the “Glick Auto and Truck Center Rocks” playlist, ostensibly a promotion for the Glick Auto and Truck Center, which is reaching out to potential truckers/patrons with a curated, car-themed Spotify mix. There’s a decade’s worth of Abercrombie & Fitch in-store playlists, if you’re into that kind of thing, and a preponderance of Pet Shop Boys compilations. It’s a good thing that customized artwork is now available; some of the covers look a bit too Now That’s What I Call Music.

But there are some deep cuts and inspired digs on the site. The sheer number of playlists ensures you’ll see some real questionable material and cringe-worthy mixes, but you’ll also possibly find a collection that you’d never considered.

And if you look deep enough, you’ll find a Lou Reed mix that brings it full circle.