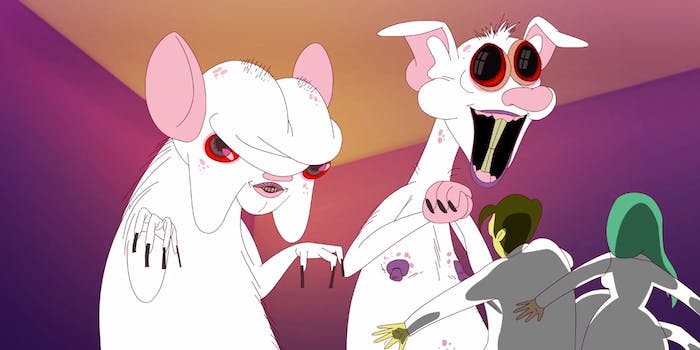 Scientifically accurate ‘Pinky and the Brain’ is the stuff of nightmares

Well, that just got very dark.

We may have figured out why Brain was so hellbent on world domination.

Pinky and the Brain usually only shows the infamous lab rats at night, so what happens to them during the day at the hands of their human holders has been a mystery—or a dark, dark reality we’ve been trying to ignore all these years. Luckily, Fox ADHD is on hand to ruin that particular part of that childhood for us.

With the amount of tests Pinky and Brain could’ve gone through, we’re surprised they made it out long enough to attempt taking over the world once, let alone every night. And Brain’s intelligence would’ve made his suffering even greater; at least Pinky had the advantage of not really knowing any better.

We find ourselves rooting for them now more than ever.