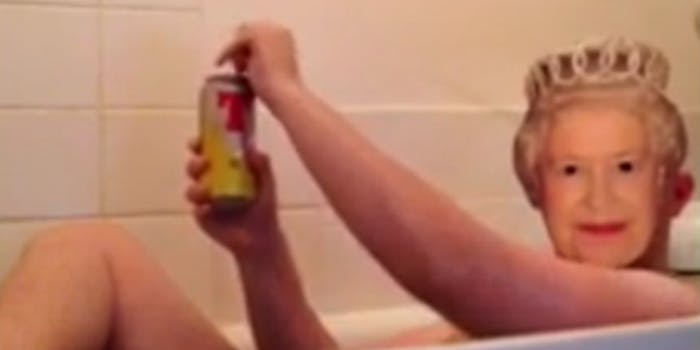 This guy could be the new king of surreal Vine comedy

Philip Larkin is "a bit obsessed with this Vine thing," and that's good for all of us.

The best Vines of 2013 list is making the rounds, but missing is the work of Philip Larkin, who quietly released his own best of compilation today.

In a year when Vine stars were often young American college types who relied on pranks and questionable how-to videos for laughs, Larkin’s dark Scottish humor stands in contrast.

The Glaswegian writer (not the “fecking poet” by the same name, he says in his Twitter bio), has crafted 10 minutes of absurd, surreal vignettes that are funny, creative, and a bit creepy. It plays out a bit like a short film.

Larkin’s fond of splicing scenes, like the ones in which he presses a button he shouldn’t and ends up on an entirely different plane. There’s also a lot of bathroom humor (Literally. He films several scenes in public toilets.) and mysterious fluids being vomited up. He often ends up crying or screaming by the end of his vines. The “toothbrushing” series is essential.

On his Tumblr, Larkin admits he’s “a bit obsessed with this Vine thing.” So many viners clutter feeds with self-important rubbish, but Larkin’s managed to make a compilation with a little edge, and let some air in the room.