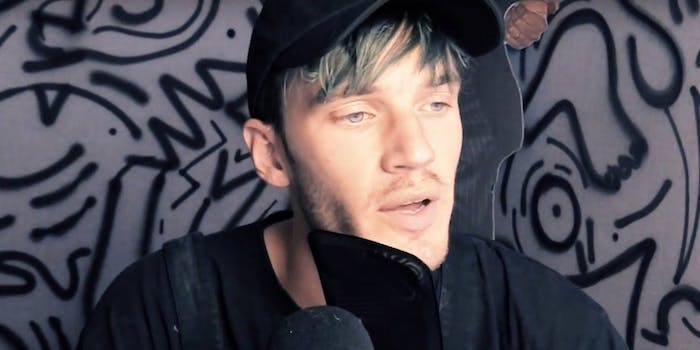 PewDiePie explains why he unverified himself on Twitter, did not join ISIS

'Does this shit f***in' matter? Absolutely not.'

Word began spreading Wednesday that millionaire YouTuber PewDiePie had reportedly been unverified and suspended from Twitter for making a joke about ISIS with fellow gamer JackSepticEye.

The original exchange is here, and We the Unicorns points out this may have been a joke that went a little too far, and it started with totally legit news source Sky News.

But a Twitter rep told the Daily Dot that his account was not suspended. In a video posted Wednesday, Pewdiepie (real name Felix Kjellberg) explained that he’s “pretty sure social media is making us all retarded” and that he decided to unverify himself because that little blue check mark ain’t shit.

He also called for a new blue checkmark: a globe. And it’s catching on!

What a journey. Be the change you want to see in the world, m’right?