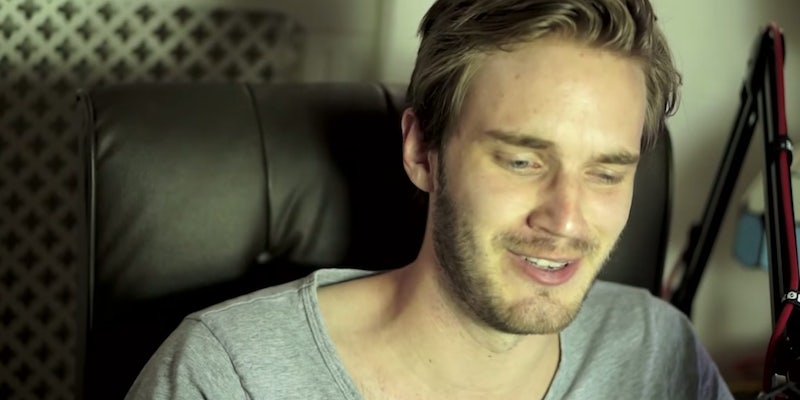 Much like reality-TV stars, YouTube celebrities get a lot of pushback for achieving “undeserved” fame and fortune. Video-game vlogger Pewdiepie is the ultimate example, topping the YouTube charts for years with his seemingly facile videos—and earning over $7 million in 2014 alone.

After people began to complain about Pewdiepie’s gigantic paychecks, he decided to make a video addressing the topic. In the video, the 25-year-old YouTuber says that when he began posting videos, he had no idea it would turn into a career. At one point, he says, he was working at a hot-dog stand to pay the rent.

While he does mention the old “money doesn’t buy happiness” philosophy (easy to say when you’re a millionaire), he has a surprisingly sensible attitude about his unexpected success.

As Pewdiepie points out, the criticism that “anyone” could make his videos cuts both ways: He is living proof that an ordinary person can win the YouTube jackpot, and while his own fame is mystifying to many people, his riches rely solely on fans continuing to watch his videos.

Wealth is rarely proportional to merit, especially in the world of entertainment, but in many ways Pewdiepie’s fame is fairer than that of a Hollywood star who relied on publicists and talent agents to reach the A-list.