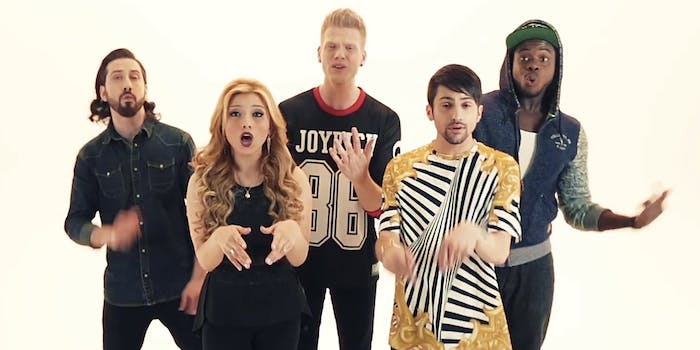 A cappella gamechangers Pentatonix tackle Ariana Grande‘s “Problem” in their latest video. The quintet rose to fame on The Sing-Off, NBC’s a cappella competition show, in 2011. They’ve since gone on to release three albums that are a mix of covers and original music. Their take on Grande’s hit problem, which spent 13 weeks in the top 10 of the Billboard Hot 100, will be featured on the group’s upcoming album, PTX, Vol. III, due Sept. 23. Until then, it gets a glossy video treatment.

Three years later, and it’s still hard to believe they’re making all that music just with their mouths.