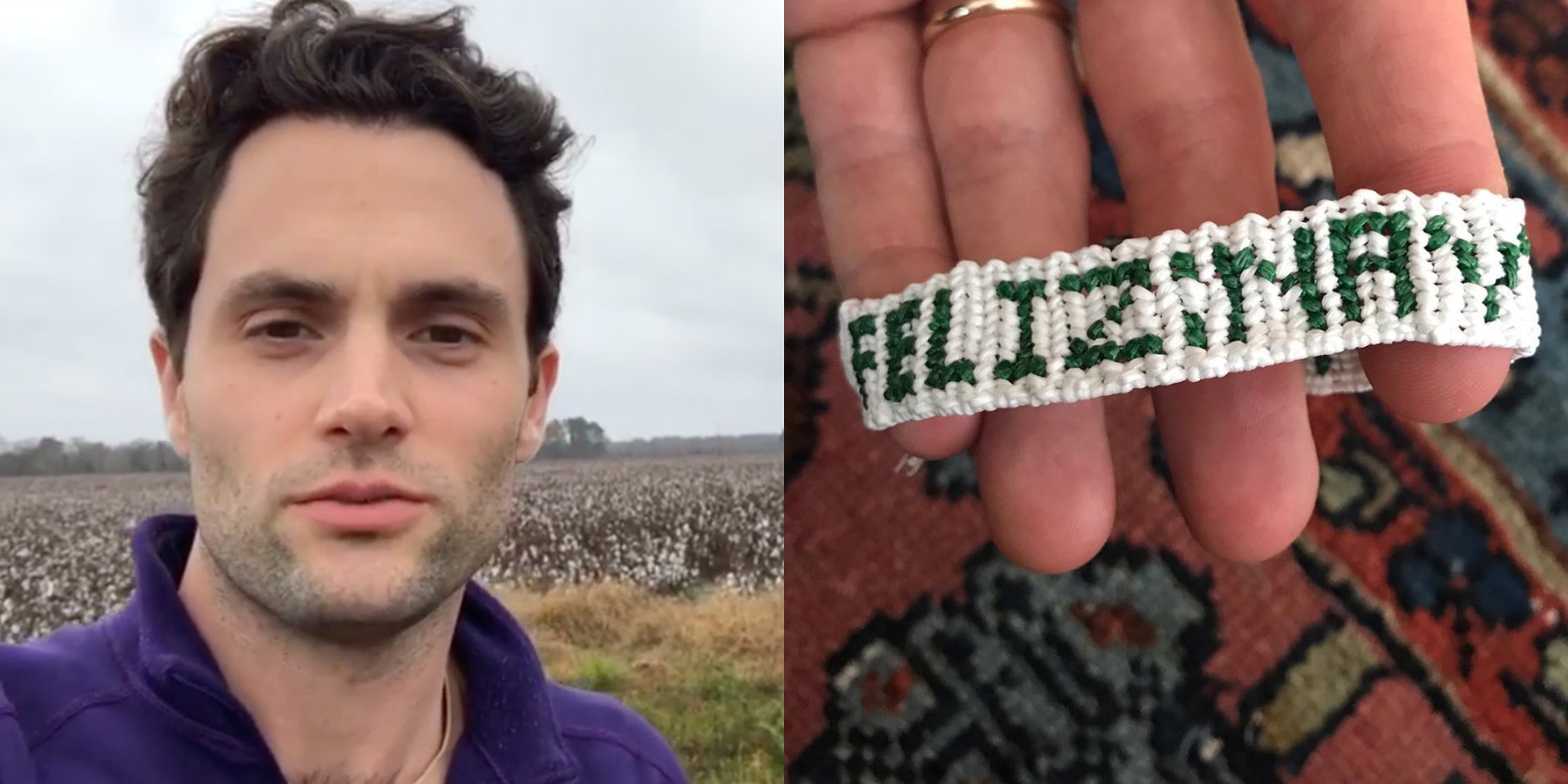 The pro-immigrant activism of Penn Badgley, star of Netflix’s ‘You’

The Netflix star is more than just a pretty face.

Netflix’s Dec. 26 release You is blowing up on social media. The star Penn Badgley—and his shockingly attractive face—are a big part of the show’s popularity, but luckily the 32-year-old is using his growing platform for good.

His long-term involvement with the CW’s Gossip Girl might be his best-known work, but Badgley’s activism deserves a shoutout. Over the holidays, the actor advocated for a detained immigrant named Vilma Carrillo and her daughter to be reunited. According to posts on his Instagram and Twitter accounts, Carrillo and her daughter had been separated for 230 days as of Christmas 2018. His Instagram profile includes a link to a petition to reunite them.

Vilma Carrillo gave me this 2 weeks ago when I visited her at Irwin Detention Center. She is there today, detained & separated from her daughter Yeisvi for 230 days as of this Christmas. Yeisvi is a US citizen and she is alive, in foster care in Arizona. We can reunite this girl with her mom, but first ICE must #ReleaseVilma so sign our petition (link in bio) and follow @tahirihjustice for more actions you can take (also my Twitter has some info in bio). Don’t feel hopeless, or useless. You can engage! #ReleaseVilma

Actors using their status as a platform for activism is nothing new, but Badgley’s fame resurgence comes at an opportune moment. In You, Badgley plays the clever and unhinged Joe Goldberg, who uses social media to stalk and seduce Elizabeth Lail’s Gwenevere Beck.

In tandem with promoting his new series, Badgley has posted passionate support for migrants detained at the U.S. border and urged the government to reunite children with their families. He has been an outspoken advocate for Tahiri Justice Center, a national non-profit aimed at protecting individuals fleeing violence. On top of the Tweets and Instagram posts, Badgley made his way to Georgia to meet Carrillo, the immigrant separated from her daughter, in person.

I can really vouch for this org @tahirihjustice is trying to provide a number of Spanish speaking attorneys to women & children in the caravan walking north, many of whom are fleeing violence & persecution. It’s important they are represented & empowered to understand their rights. @tahirihjustice runs a tight ship—if you’re interested in contributing to any cause, consider this one. Check them out!

Badgley has also spoken out and shared information on the crisis in Yemen, human rights atrocities happening worldwide, and the role of white men in protecting others. Taking to the internet to support a cause may seem like a small thing, but Badgley’s status cannot be ignored. He’s doing his best to force attention to topics many others ignore.

The people of Yemen are in crisis—from cholera to bloodshed to famine. For the Bahá’ís of Yemen, the death sentence of Hamed bin Haydara is a particularly dark harbinger. He is persecuted only for being Baha’i. I’m a Baha’i, too. Learn more: #YemeniBahais https://t.co/tKbHjoBnU6

White men in particular, who care: please consider, when EVER you engage others, esp on social media, your life is not remotely at risk. Other lives are. Words have consequences beyond the scope of our prediction, as do actions. I question entirely our right to be inflammatory.

Lemme clarify—hope is escaping a growing number of people, and I believe for good reason. Arbitrary hope can be a thin, tacky thing in the face of intractable problems. We need good reason for it. We need to probe things and find solutions while the world is in a real state. Wyd?

It’s not every day we see actors pushing so hard to support those who need it. On top of his outspoken posts, Badgley shares information and resources in hopes that others will follow in his footsteps. That’s something to really applaud.