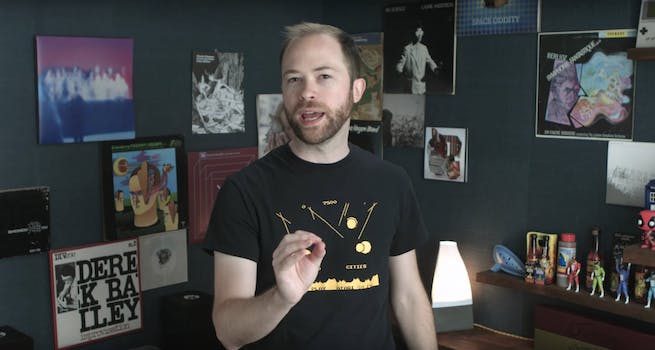 Here’s an idea, even some of the universe belies the only way what seems and something.

Usually Rugnetta writes his scripts that tackle the world of digital and pop culture, but this time he employed artificial intelligence to handle the words. The result is an approximation of English that will have you holding your head trying to figure out just how the machine made this work.

It’s not particularly intelligible, but it’s got the markings of sense.

To do it, Rugnetta ran five years of PBS Idea Channel scripts through a recurrent neural network, a class of AI. The system learned how Rugnetta writes over several hours while it read his work. Rugnetta then generated texts in his style—called language modeling—leaving some room for novelty in the text where the system will make up only a small amount of words.

“I chose the first script that made me laugh,” said Rugnetta. They also randomized the visual material based on AI suggestions.

The PBS Idea Channel plans to share a traditionally written video this week as well to explore whether machines can create art. Until then, you should keep watching this and see if you can make sense of it.