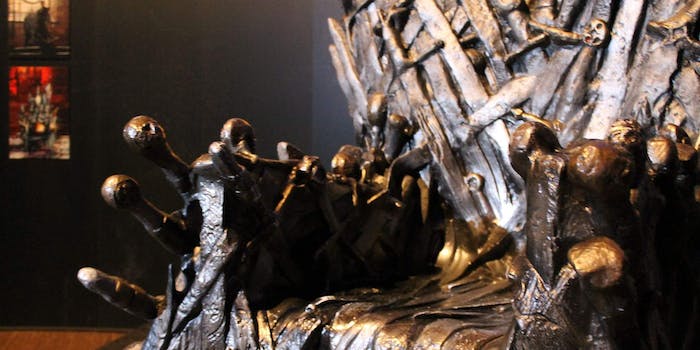 Tyrion Lannister once pondered: “The Lord of Light wants his enemies burned. The Drowned God wants them drowned. Why are all the gods such vicious cunts? Where is the god of tits and wine?” But perhaps the question he should have been asking all along is “What would Jesus do?”

That’s more or less the question Pastor John Piper sought to answer on a recent episode of his podcast, Ask Pastor John. When a listener wrote in asking Piper what he would say to Christians who watch HBO’s nudity-filled hit, Game of Thrones, Piper responded with some questions of his own. His 12-question guide is meant to be a reflection before partaking in 60 minutes of debaucherous, bare-breasted programming that most likely negates your attendance at Sunday morning’s church service just a few hours prior.

Piper begins his analysis with a real bummer: Does your viewing of programming like Game of Thrones recrucify Christ?

It is an absolute travesty of the cross to treat it as though Jesus died only to forgive us for the sin of watching nudity, and not to purify us for the power not to watch it. … If we choose to endorse or embrace or enjoy or pursue impurity, we take a spear and ram it into Jesus’s side every time we do.

A spear?! Oh you mean like the spear that [spoiler] used when he fought [spoiler] as champion for [spoiler] in the season 4 finale? Are we sure Pastor John isn’t trying to troll his flock?

He follows it up with other heavy hitters such as “Do I care about the souls of the nudes?” and “Would I be glad if my daughter played this role?” so it’s safe to assume that Piper isn’t familiar with the show’s rich history of casting female adult entertainers, let alone its tragic gay love story of Loras and Renly. Let’s not even get into who Joffrey’s real parents might be.

Perhaps Piper does truly get to the heart of Game of Thrones viewership when contemplating, “Am I craving acceptance?”

No, what keeps those Christians coming back is the fear that if they take Christ at his word and make holiness as serious as I am saying it is, they would have to stop seeing so many television shows and so many movies, and they would be viewed as freakish. And that today is the worst evil of all. To be seen as freakish is a much greater evil than to be unholy.

Unholiness aside, no one wants to be ostricized from Monday’s juicy Gchat recaps. Missing out on prime Game of Thrones plot talk is more lonesome than being stranded north of The Wall. Like lemmings off a cliff, on some level we all likely crave the social acceptance that comes with being counted as a fan of programming that’s been critically anointed.

In short, if you’re concerned with any of Piper’s 12 points, it might best to stick with the Chronicles of Narnia, it’s just like Game of Thrones, but without dragons or the sexy, sometimes naked blonde who owns them. Or at the very least, take a vow of chastity like the Night’s Watch before tuning in on Sundays.