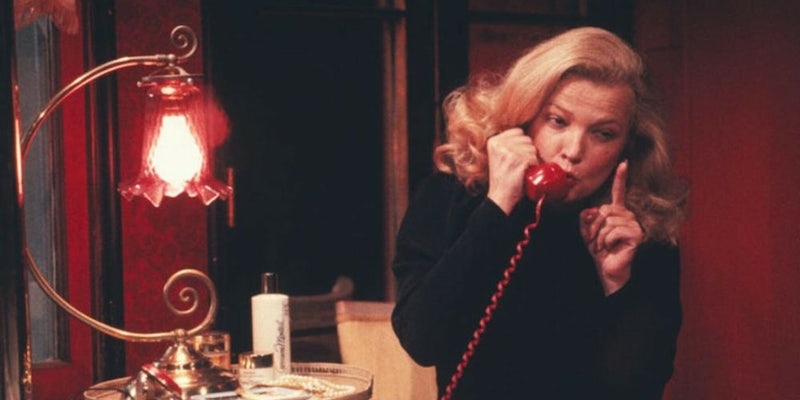 7 movies you need to watch from Paramount’s YouTube vault

It's all your vault.

Back in 2012, YouTube and Paramount partnered to stream a reported 500 movies on the video-sharing site, as part of a new pay model. While that never really worked out, the movie studio recently debuted a new YouTube channel that will let you watch its movies for free.

The Paramount Vault houses dramas, classics, and comedies, and while it still doesn’t have some of the bigger-name films (there are only clips from Sunset Boulevard and Rosemary’s Baby, two great Halloween movies), there’s a compelling mishmash of titles and genres, even if the movie quality leaves something to be desired. (480p, Paramount? Really?)

Here are some suggestions if you don’t want to fall too far down the Vault.

1) The Colossus of New York

Not to be confused with the Colson Whitehead book of the same name, this 1958 sci-fi film, written by Thelma Schnee, reveals what might happen if we put a human brain in a robot body, explores murky definitions of genius, and peels open our fascination with technology that could “put the human race out of business.” No modern-day lessons here.

Do you remember that time Kiefer Sutherland and Dennis Hopper were in a movie?

3) The Devil and Miss Jones

A charming political comedy starring Jean Arthur that is, essentially, about workplace rights. But since this was 1941, it’s also a romantic comedy.

In this 1984 John Cassavetes film, real-life spouses Gena Rowlands and Cassavetes star as an embattled brother and sister navigating divorce, parenting, and the death of love, but Love Streams builds to reveal who they truly are. Though it doesn’t quite match the stylistic power of Cassavetes’ ’70s output, anytime he and Rowlands are on screen together, they cleave it open.

5) The Man Who Wasn’t There

Steve Guttenberg pre-Three Men and a Baby, in a film about a man who accidentally turns himself invisible. It truly tests just how much physical comedy can be wrung out of that particular premise; you’ll want to see Guttenberg back on the screen so the antics will stop. In Roger Ebert’s review, he explained: “This movie is so close to nothing that it’s a minor miracle that it was actually released; not in recent memory has a movie, even a bad movie, offered less for your money. There are even shots where the actors seem to be standing around waiting for something to happen.”

Not to be confused with the Coen Brothers film of the same name.

Directed by horror legend William Castle and starring mime Marcel Marceau, this 1974 film is a “grim fairy tale” about a puppeteer (Marceau) who figures out a way to bring back the dead. But there are also bike gangs and time jumps.

7) I Married a Monster From Outer Space

Outdated gender roles and ideas about marriage! Controlling husbands that might be aliens! Drapes that match couches! Literally every man tells the main protagonist—a newlywed—that she’s crazy as she flees from cold-faced alien-men. The scariest movie I saw this year was It Follows, and this comes in a close second.

Screengrab via The Paramount Vault/YouTube