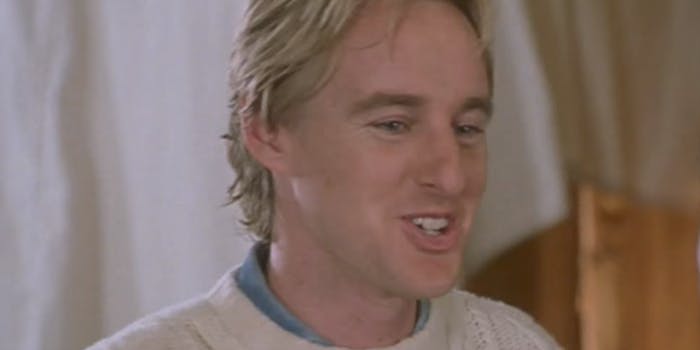 Owen Wilson saying ‘Wow’ in reverse will hypnotize you

Back in 2015, the internet first celebrated the distinctive way that Owen Wilson says the word “Wow.” Something about his Texas drawl and the pitch of his voice is just… silly. He sounds like a cat, but not quite. A child, but not really. It’s hard to pinpoint—but his “Wow” is definitely part of his magic.

Fast forward to 2017, and the world is a decidedly different place. Can a “Wow” still be funny even though it feels like we’re in the Upside Down? One YouTuber was brave enough to find out.

The same account responsible for the original viral clip released a second “Wow” supercut, but this one is entirely in reverse. It turns out Wilson sounds almost exactly the same played backward as he does forward. Freaky:

The video was uploaded to YouTube back in January, but didn’t get a ton of traction until it was shared on Reddit this week.