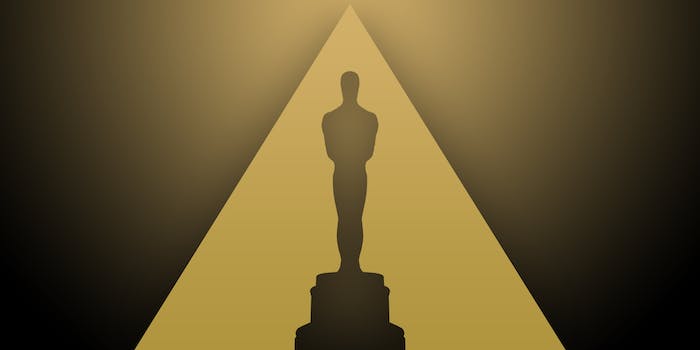 7 unforgettable moments from the 2015 Academy Awards

Sunday night, all eyes were on Los Angeles for the 87th Academy Awards, hosted by Neil Patrick Harris. Overall, the night had its share of shutouts and shockers, snubs and snark, but if you want to keep up at the watercooler tomorrow at work, here’s what you need to know went down.

He tossed out a show-stopping musical opener, plenty of sass, and wordplay left and right—not all well-received. His legacy as host will probably take a little while longer to fully appreciate, but this particular costume change was all about instant gratification.

2) The Lego Movie had its time to shine

After a heartbreaking snub in the Best Animated Feature category, the entire Lego Movie team could’ve sulked away quietly. Instead, we got this epic performance of “Everything Is Awesome,” encapsulating a youthful energy not often within reach of the Academy.

Lady Gaga—she of the meat dress and terrifying genderbent Christmas carols—might not have been the first, second, or 47th name to come to mind when you hear the phrase “Sound of Music tribute.” But her medley of the show’s favorite tunes (on the occasion of the film version’s 50th anniversary) was pretty impressive, top to bottom. Julie Andrews agreed.

John Legend and Common performed a stirring rendition of “Glory” from Selma just minutes before taking home the trophy for Best Original Song.

5) Equal pay for women got a massive shout-out

Patricia Arquette’s acceptance speech for Best Actress in a Supporting Role took a turn for the political when she dedicated her award to women across America, saying “It’s our time to have wage equality once and for all and equal rights for women in the United States of America.” Meryl Streep immediately jumped from her seat in solidarity, as did no small portion of Twitter.

6) Birdman and The Grand Budapest Hotel cleaned up

This largely speaks for itself, but it’s also worth noting that each artist dedicated a portion of his or her award to those suffering from ALS and Alzheimer’s, respectively—the diseases afflicting the characters they portrayed in The Theory of Everything and Still Alice.

Best actor in a leading role: Eddie Redmayne (The Theory of Everything)

Now, in the inimitable words of Benedict Cumberbatch, go away.