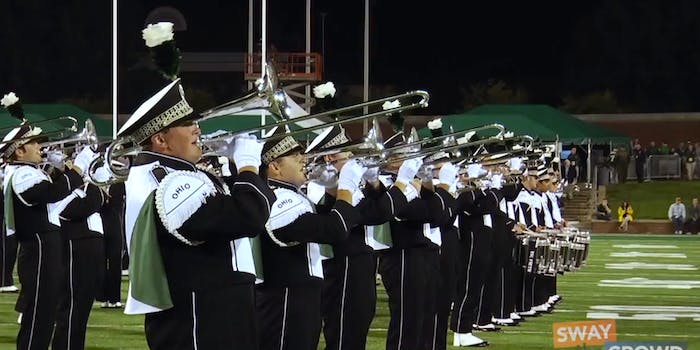 "The Fox" has hit the next level of viral: It's been covered by the Ohio University marching band.

“The Fox” has hit the next level of viral: It’s been covered by the Ohio University marching band.

They didn’t dress the drum major up as a fox, but the performance is nothing short of impressive as the drumline manages to convey the different sounds the fox makes and the entire band breaks out into a choreographed dance routine mid-song.

It’s a closer look at the field than any Marching 110 performance we’ve seen yet, and it’s clear from the field that these musicians are having as much fun with the song as we are.