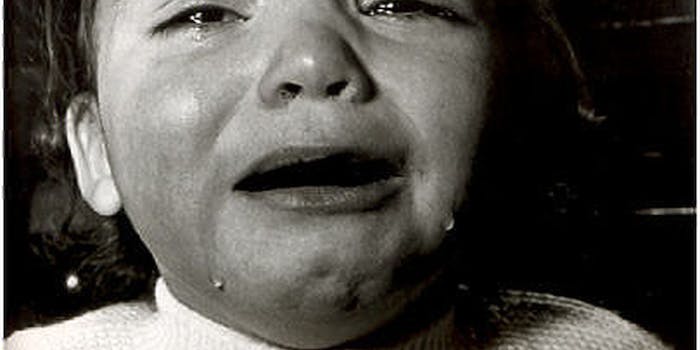 Can you watch all 19 of these sorrowful and heartwarming clips on YouTube without shedding a tear? There's only one way to find out.

Do you have a heart made of stone? Find out with the 19-video “No Cry” Challenge on YouTube.

The goal is to make it through all 19 videos without shedding a tear.

The challenge runs its viewers through an emotional gamut of everything from Disney Pixar’s Up and to a Thai life insurance commercial to comedian Andy Griffith’s tragic account of losing his daughter to cancer.

Many viewers could not even make it through the first video of the challenge.

“Fell at the very first hurdle,” said MsHumdrummer via a comment on the first YouTube video of the challenge.

Make sure that you have some time set aside for the challenge: the entire 19-video series runs over 80 minutes.