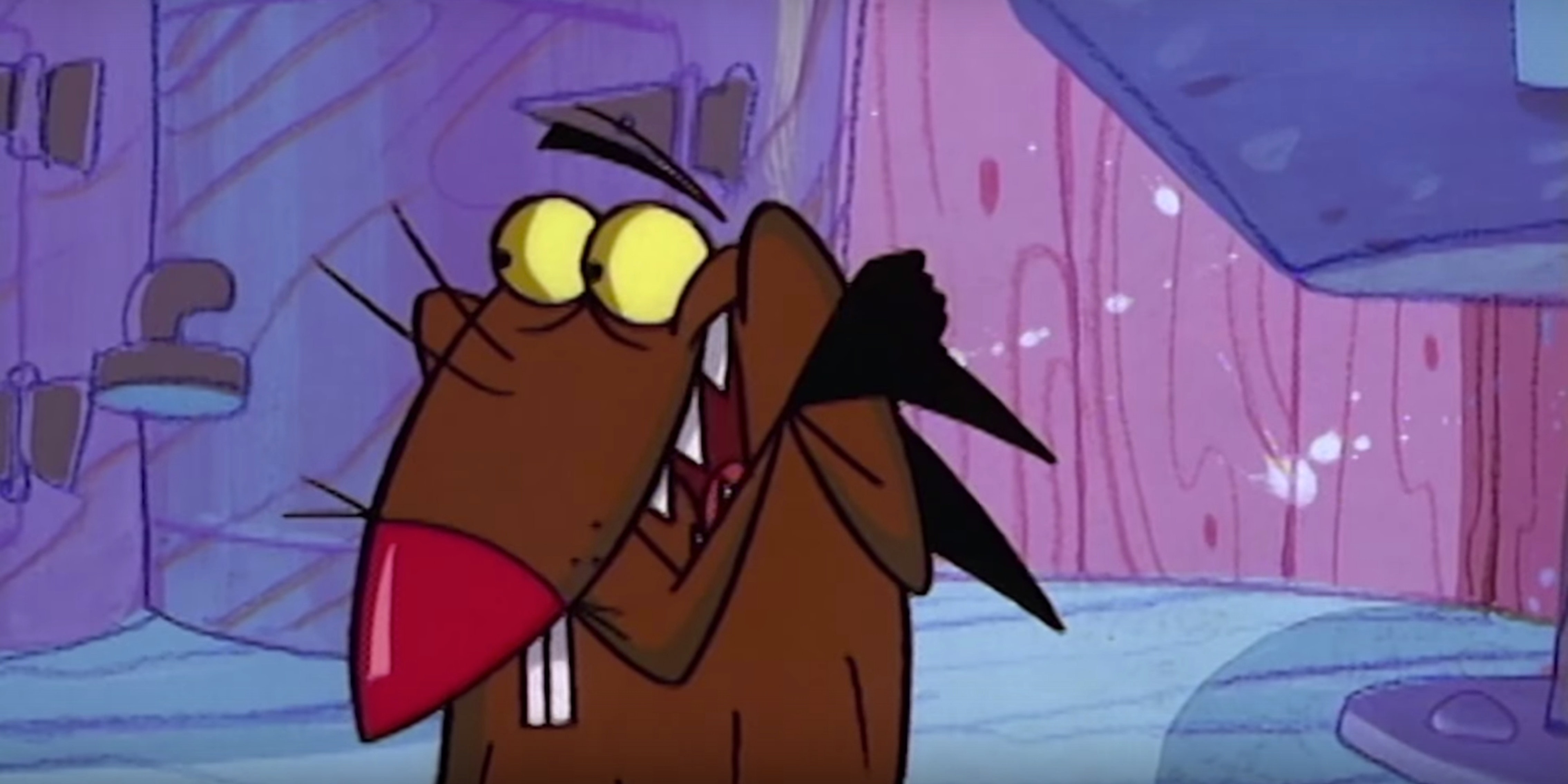 Nickelodeon’s ‘The Splat’ is coming for ’90s kids—but what is it?

A new channel? Special programming? The slime that dreams are made of?

If you’re a ‘90s kid who dreamed of hanging out with the Rugrats, getting slimed, or letting Clarissa explain it all, then you want to pay attention to Nickelodeon‘s new viral trend #TheSplat.

So far, there’s been no confirmation of what exactly “the Splat” is, though it already has a Facebook page with more than 20,000 likes. The popular theory is that it’s a new channel from Nick with a focus entirely on resurrecting all your faves from two decades ago.

Fans have been freaking out for days since the launch of a new website, numerous social media platforms, and this YouTube promo featuring a lineup of classic ’90s Nick shows, from Doug to Ren & Stimpy.

The Splat also showed up at 90s Fest Saturday night in Brooklyn, New York, with artists like Smashmouth and Salt N Pepa jamming in the key of slime.

Theories have abounded, from speculation that the Splat will be a new channel, or will be a rebranding of the Teen Nick channel.

However, a Facebook comment left yesterday from the official Facebook page for Australian network Fetch TV reveals a third possibility: The Splat could be a new regular programming slot scheduled out on one of Nick’s existing channels.

Nickelodeon has yet to confirm this information, but it seems likely given that “the splat” has always been an organic part of Nick’s overall marketing rather than something standalone. In a report from last year on the history of slime and Nickelodeon, Vice tells us “splat” is the word for the packaging that its commercial version of the gooey green stuff comes in. It’s also the name for popular “splat balls” and for the Nickelodeon logo itself, as well as for the longstanding Twitter and Tumblr accounts used to promote its ’90s products.

Given how popular the idea is, however, it seems unlikely a mere programming slot will be enough to satisfy ravenous Nickelodeon fans. Already, cries to include favorite shows from Kablam to Are You Afraid of the Dark? can be heard across the Internet.

But whether the Splat is a new channel or just a tiny sliver of reruns for the regular Nick viewer, it’s good news for fans of older television.