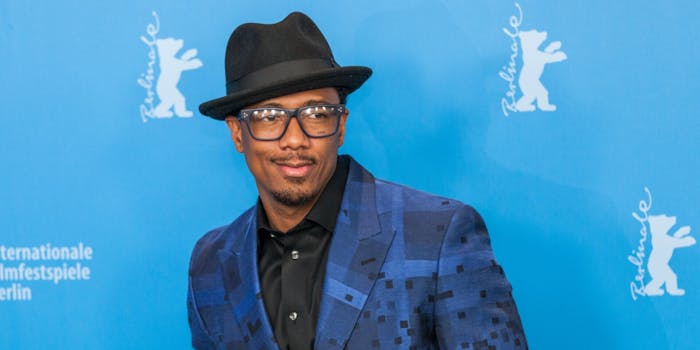 Will Em finally be tickled enough to respond?

Over the last month, Nick Cannon has released three separate diss tracks aimed at Eminem. When none of them managed to get a rise out of the 47-year-old rapper, Cannon decided to take a different route. Instead of releasing yet another Eminem diss track, Cannon chose a different target for his fourth song. Eminem’s fans.

This one might actually wring a response from Eminem, but probably not.

This feud started long before Cannon’s first diss track dropped on Dec. 9. In fact, it’s been festering for years. The dispute began in 2009, with the release of Eminem’s track “Bagpipes From Baghdad.” The song recalled an alleged relationship between Eminem and Cannon’s then-wife, Mariah Carey. In the years since the couple has split, but the feud persists.

After “Bagpipes From Baghdad” was released, Cannon took to social media to defend his wife. Eminem supported his response, even noting that he “expected” Cannon to stick up for his wife. When Carey released “Obsessed,” however, Eminem took the bait. He responded to her song with “The Warning,” unequivocally aimed at Carey. From there, things escalated. Though Carey didn’t officially respond, Cannon refused to back down. In 2010, he released “I’m a Slick Rick,” again taking aim at Eminem. He even challenged Eminem to a boxing match for charity but was refused.

Eventually, things died down. Over the next decade, Cannon and Carey got divorced, and all three artists moved on to their own things. Then, in December, Cannon reignited the beef in response to a line from Eminem in the recent “Lord Above.” Cannon released “The Invitation,” decisively calling out Eminem and billing the song as an invitation to Eminem. In response to the track, Eminem jestingly called out Cannon on Twitter. “U mad bro,” he wrote. “Stop lying on my dick. I never even had a chauffeur, you bougie f*ck.”

Over the next several weeks, Cannon released two more diss tracks baiting Eminem. “Pray for Him” closely followed “The Invitation,” but like its predecessor failed to impress. When it didn’t get the reaction Cannon was looking for, he followed it with “Cancelled,” which garnered widespread criticism from fans of hip-hop. As the holidays came into full swing, the feud briefly died down. Now, only a few weeks into 2020, Cannon is back at it.

Enter “Used to Look Up to You”

Cannon’s latest dig comes in the form of “Used to Look Up to You,” which switches its target from Eminem himself to his adoring fans. Many of Eminem’s vocal fans went after Cannon in the wake of his string of diss tracks, dragging him on social media. In response to their criticism, Cannon called them out in a song on his new mixtape, The Miseducation of the Negro You Love to Hate.

“N****s out here tweetin’ like they been a savage/ dick ridin’ lil’ Marshall Mathers,” he raps on it. “Had to put on my turban like I’m Aladdin/ N****s out here cappin’, Black Lives Matter.”

Throughout the song, Cannon sought to address some of the criticism that has been aimed at him. “Kept it cool, never did it for attention/ Never had a gimmick, always been the realest,” one line reads.

The song, like his other recent digs at Eminem, has not performed well on YouTube. Its video has only 464 likes to nearly 4,000 dislikes on the platform.

None of Cannon’s diss tracks have inspired Eminem to respond in a song of his own, but “Used to Look Up to You” might be the one. Eminem is well-accustomed to being the target of criticism, but he may not take kindly to Cannon going after his fans.