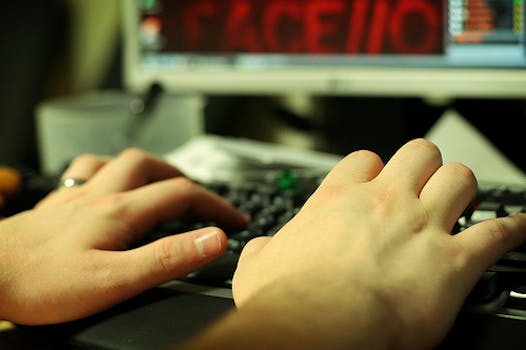 New editor learns the ropes at the Daily What

The Daily What has a new editor-in-chief. We may never know her name, but she's making her mark.

The Daily What (TDW), the Cheezburger Network’s short form news and entertain blog, has never provided bylines for its anonymous contributors.

But when the site’s role of editor-in-chief swapped hands earlier this month for the first time since the blog started, people noticed.

The name of the blogger who took the helm is Kirsten, but you won’t hear that from readers, who have simply dubbed her “K.” The nickname is a holdover from the Daily What’s founder, Neetzan Zimmerman, who moved on to writing for Gawker last week.

“Neetzan quietly built TDW into a behemoth, and the success of the site was never about him,” Kirsten told the Daily Dot. “His interactions with readers, via Twitter, email, or comments, were always simply signed Johnny Internets or J.

“When I took over, we didn’t make an official announcement on TDW, and the regular commenters started calling me K, because it comes after J. So I became Kelly Internets. We were cracking up because it obviously works with my real name.”

Staying true to her predecessor’s penchant for anonymity, the 29-year-old from Portland remained mum about several details—for example, her surname. She declined to share the blog’s statistics or number of Tumblr followers. But it doesn’t take an SEO expert to guess that a Cheezburger Network site is raking in the hits.

However, she was candid about some things, including her concerns in taking over the empire Zimmerman built.

“People have definitely noticed,” she said. “Neetzan was tireless, prolific, and clever—and he had built an incredibly devoted audience. Because of this, I knew coming in that the transition could be challenging.”

In fact, it was at times. At first, she had a hard time getting the pacing down so readers didn’t receive a flurry of updates all at once. Readers asked her to relax her tone, which was slightly more formal than Zimmerman’s had been. Commenters missed Zimmerman’s tendency to acknowledge and engage them. At one point, Zimmerman took to his Twitter to ask Daily What commenters to “give K a chance. she’s only been on the job for a week.”

Now Kirsten is getting the hang of it. Thanks to reader feedback, she’s made sure her posts are more incremental and her tone is more casual.

“I’ve received some really supportive encouragement and tips from readers,” she said. “All I can do is the best I can, and try to learn something new every day. That’s the fun part about working in news. Every day is an opportunity to do something different, or better, or both.”

And she should know. Kirsten’s background in journalism predates online news blogs like the Daily What.

“I come from a very traditional news background—three newspapers, copy editing, and news design on the 3 PM to midnight shift, pizza for breakfast at lunchtime—the whole thing,” she said. “I left my last journalism job on Election Night 2008, so the online experience is a whole new world for me.”

After a stint as a men’s personal stylist in Seattle, Kirsten began to miss following the news. She said she joined the Cheezburger Network after being referred by several different people. Thanks to her background, she was soon tapped to replace Zimmerman as editor-in-chief.

“Neetzan was ready to move on. The timing was perfect,” she said.

Now, Kirsten’s daily life closely resembles her old days in traditional news. She wakes up at 7 a.m., Pacific Time, and shoots to publish 20 to 25 posts a day. Right now she manages a small team of assistant writers, but says the blog is “in a position where we’ll start to expand.” That expansion will bring changes to the Daily What, but Kirsten hopes it won’t affect the experience.

“TDW began on Tumblr, and owes so much of its success to that community,” she said. “We’ll soon be moving TDW to a new Cheezburger publishing platform, and I’m hopeful that TDW fans on Tumblr will be willing to follow the site.”

We think it’s a reasonable hope. After all, they gave Kirsten a chance.