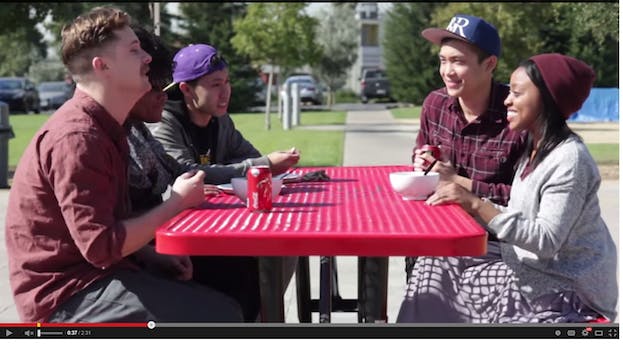 My secret life as a ‘Game of Thrones’ non-fan

I’ll come right out and admit it: Despite my friends’ insistence, I have never seen a single episode of Game of Thrones.

In fact, my knowledge of the series is basically limited to the facts that fans have formed a love/hate relationship with George R.R. Martin (whom I wouldn’t be able to pick out in a crowd) and that Bolivar Trask from X-Men: Days of Future Past is in it.

As a result, it was unanimously decided by the Daily Dot staff that I should review BuzzFeed Video’s recent YouTube effort “What It’s Like to Not Watch Game of Thrones.” Minus the trendy clothing styles, I was able to directly sympathize with the video’s two lead characters, who are constantly trying to fake their way through knowledge of the series that the rest of their friends are apparently obsessed with. As a non-fan, I was able to gather that “Hodor!” is some sort of catchphrase and that to call someone a “Joffrey” is an insult, akin to referring to someone as Voldemort.

Even though the video appears to paint its non-fan leads as protagonists, it still wasn’t enough to get me to sit down, pop open Netflix (or whatever streaming service has this program), and see what all of this “winter is coming” stuff is about. To Game of Thrones fans and non-fans alike, you can believe me when I say, from the bottom of my heart, “Hodor.”

And I mean it.