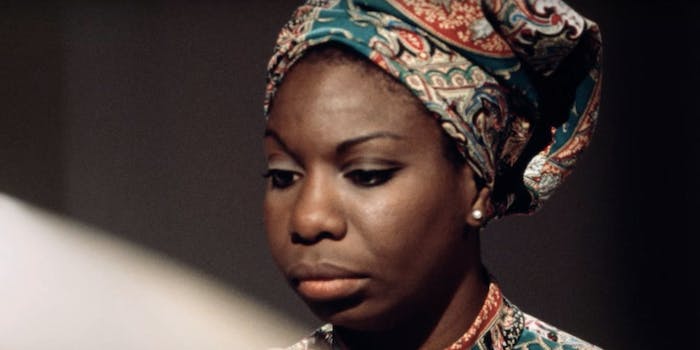 Last year, Netflix picked up a nomination for the documentary 'Virunga.'

Netflix got good news when the nominations for the 88th Academy Awards were announced this morning in Beverly Hills. For the second year in a row, the streaming service earned an Oscar nomination in the Best Documentary Feature category, this time for What Happened, Miss Simone?

Last year, Netflix earned a nomination for the documentary Virunga, director Orlando von Einsiedel’s exploration of efforts to protect the world’s last mountain gorillas against the threats of war, poaching and oil exploration. It ultimately lost to the Citizenfour, about the NSA leaks by Edward Snowden.

This year’s (preliminary) Oscar victory is sweeter for Netflix because What Happened, Miss Simone? marks the first documentary commissioned by its in-house team headed by Lisa Nishimura, VP of original documentaries.

Like preceding Netflix Original documentaries The Square, E-Team, and Mission Blue, Virunga was an acquisition. It premiered at the Tribeca Film Festival in April 2014, where it was nominated for Best Documentary Feature, and went on to win Audience Favorite at the Hot Docs Film Festival and Best of Fest at AFI Docs before being picked up by Netflix in the July of that year. The streamer subsequently brought on Leonardo Di Caprio as an executive producer on the completed film, presumably in a bid to boost its awards season profile.

The morning was not without disappointment for Netflix. It failed to score any nominations in narrative categories, where its original feature Beasts of No Nation, an African civil war drama written and directed by Cary Fukunaga (True Detective, Sin Nombre), was seen as a contender.