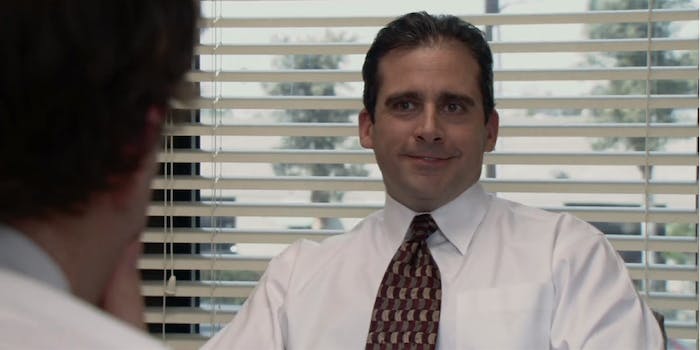 The surprising reason why Netflix’s future could be in jeopardy

Netflix has the rights until 2020. What happens then?

Netflix had a winning streak at the Golden Globes on Sunday, picking up awards for its original movie Roma and series The Kominsky Method and Bodyguard. Netflix also emerged from the holidays with a meme-assisted hit, Bird Box. But for all its focus on originals, the company is apparently still beholden to licensed titles.

According to a report from Recode, a majority of Netflix’s most popular shows are still owned by other companies. Using data from analytics company Jumpshot, it sketched out the 20 most-viewed shows within the U.S. from January to November 2018 and found that the top six most-viewed shows aren’t Netflix titles. The Office is No. 1, followed by Friends, the latter of which Netflix inexplicably dropped $100 million on last month to keep it on the platform through 2019.

The titles in red are owned by NBCUniversal, Disney, Fox, or WarnerMedia.

This data was pulled from web browsers only and doesn’t take into account mobile viewing, which might have skewed the data somewhat. But it does illustrate an issue Netflix will have to address in the future since WarnerMedia (the company that owns Friends) and Disney have announced their own streaming services; the fallout around Netflix’s Marvel titles has already started. Comcast, which owns NBCUniversal, has been toying with the idea of its own streaming service.

If that happens, it will be interesting to see how The Office and Parks and Recreation, two shows that have seen renewed revenue and appreciation on streaming, will fare. NBC’s Robert Greenblatt told Vulture last fall that The Office is on Netflix until 2020 but that having its own streaming home is still in the cards: “[If they’re] generating that much interest on Netflix, you’d certainly love to say, ‘Here’s the exclusive home of this show that you love.’ And I think that’s conceivable,” he said. “It’ll probably take a few years for that to happen, but yeah, I think you long for one of those titles which is a driver of an audience.” If the backlash to Friends leaving was loud, it will be even louder for The Office, a show that has developed a deep fandom online.

On Sunday, Netflix tweeted out a suggestion to watch Killing Eve, which is streaming exclusively on Hulu. Many took this as a flex from Netflix: The company knows it has you, so go ahead and watch its competitor. Even with this Friends/The Office conundrum and a new CFO who will have to figure out its budget for original productions, Netflix is planning to release 90 original films this year and is employing a new strategy to get more of its movies in theaters.

We’ve reached out to Netflix for comment on The Office.