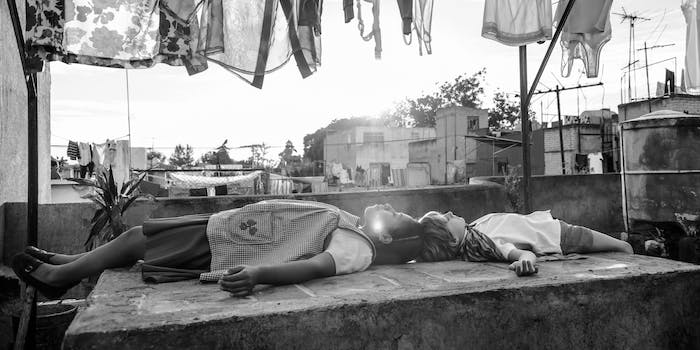 It's a mix of big-budget films, niche indies, documentaries, and animated features.

Netflix has already dominated the TV landscape in recent years, and while it’s released plenty of original films as well, it’s ramping up its investment and plans to produce even more original films in 2019 and beyond.

The streaming giant’s plans to shake up the film industry even further were revealed in a New York Times profile on Netflix movie chief Scott Stuber. Stuber, who’s been with the company since 2017, has been driven to create an impressive slate of Netflix originals that not only compare to Netflix’s dominance on the TV side but also compete with major film studios.

Those plans include releasing approximately 90 original films a year between originals ($20 million-$200 million budgets), indies (more niche films with budgets under $20 million, which will make up the majority of Netflix’s output), documentaries, and animated features. The number isn’t too much higher than original estimates for 2018, but what differs now is how they’re releasing those films.

All of Netflix’s original films are still being released on Netflix, but while the studio once had simultaneous theatrical and streaming releases, it’s now approaching things a little differently. With awards season starting up, the company gave three of films—The Ballad of Buster Scruggs, Roma, and Bird Box—limited theatrical releases up to several weeks prior to their Netflix debuts.

For many viewers, it’s practically impossible to see any of those movies on a big screen; while Roma’s theatrical release was expanded to 600 theaters worldwide after its initial run and remains in theaters after it debuted on Netflix, Bird Box was only released in four theaters to date. With some films like Roma that are getting a push during the awards season, it’s part of a strategy, but those limited theatrical releases are being used to entice bigger filmmakers and stars to make movies with Netflix. That can not only offer them a theatrical release—appeasing some early critics about Netflix’s model—but also allow them to make the kinds of movies that, even with big names like Martin Scorsese or Sandra Bullock, might be a hard sell for other studios.