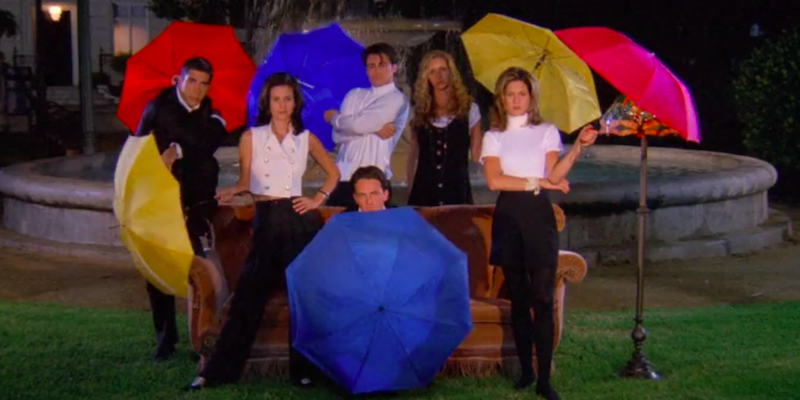 'Here's to a lousy Christmas. And a crappy new year!'

Update 6:45pm CT, Dec. 3: BuzzFeed News reports that following fans’ turmoil over the departure of Friends from Netflix, the streaming service said it will keep the show in the U.S. through 2019.

The Holiday Armadillo has granted your wish: “Friends” will still be there for you in the US throughout 2019 pic.twitter.com/Yd0VqRzk3r

The first day of 2019 may not be anyone’s day, week, month or even year because that is the day beloved ’90s sitcom Friends will be leaving Netflix. The news broke on the streaming service where people suddenly were met with a message saying the show will only be available until Jan. 1, 2019.

AT&T, which owns the studio behind the sitcom, Warner Bros., will likely include the show on its upcoming streaming service, which is expected to launch in 2019, Business Insider reports. Until then, fans will have to find alternative ways to watch the series. A DVD box set, perhaps?

Nevertheless, people are freaking out that their favorite show is leaving Netflix. Some are even threatening to cancel their subscription.

“Friends is officially leaving Netflix on January 1st I am canceling my subscription you guys are the worst,” one person tweeted at Netflix.

“Friends is leaving Netflix so I am too,” another person said.

“friends” is leaving netflix so i am too pic.twitter.com/XNptUZxb3Q

Someone else said it is the reason they keep their subscription.

Others are simply heartbroken.

And some are straight up angry.

One of the most popular comedies leaving the platform begs the question: Which of our favorite shows is next to go?

As the “friends” once proclaimed, “Here’s to a lousy Christmas. And a crappy new year!”

The Holiday Armadillo has granted your wish: “Friends” will still be there for you in the US throughout 2019 pic.twitter.com/Yd0VqRzk3r