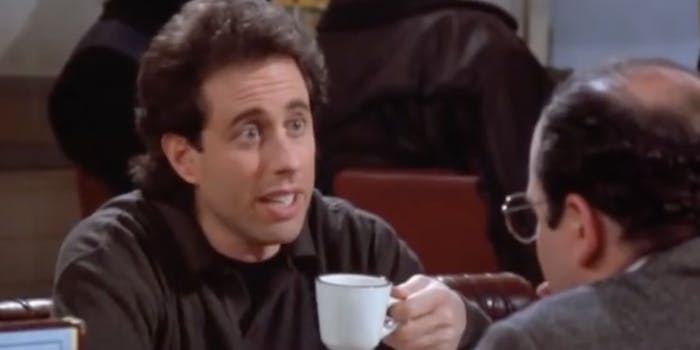 The streaming giant is filling an 'Office'-sized hole.

All 180 episodes of the Emmy-Award winning Seinfeld are coming to Netflix — worldwide! — starting in 2021 pic.twitter.com/tLvcCKH4vl

Specifics of the deal were not disclosed, but the L.A. Times reports that Netflix shelled out a higher figure than the $500 million NBCUniversal spent for rights to The Office and the $425 million WarnerMedia paid for Friends. Both of those deals were also for five years, but they only included U.S. streaming rights.

The Seinfeld acquisition is a huge, badly needed win for Netflix, considering The Office and Friends were two of its most-streamed shows last year. The absence of those two sitcoms hinted at a difficult path forward for the company amid an increasingly splintered streaming landscape. But filling a Michael Scott-sized void with an equally beloved comedy may just help Netflix weather this storm.