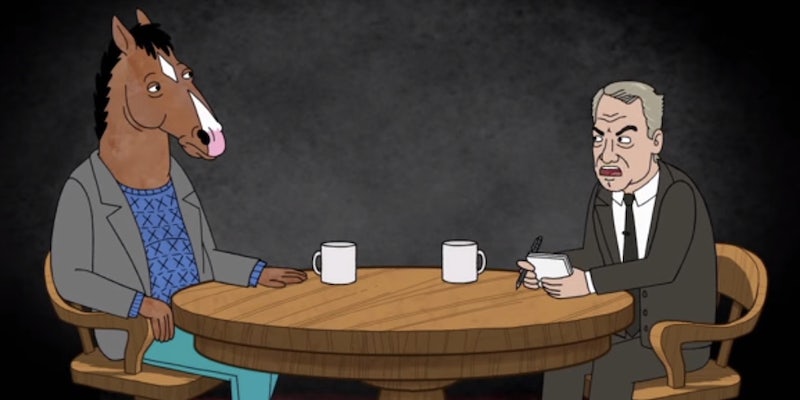 Either success has gone to Netflix’s head or the king of the over-the-top content market has gone soft.

Either success has gone to Netflix’s head or the king of the over-the-top content market has gone soft in announcing its new lineup of upcoming shows.

There’s no breakthrough fare in the realm of House of Cards or trend-setting comedic dramas along the lines of Orange Is the New Black. Other than a previously announced late-night talk show from Chelsea Handler (which will likely land somewhere between the chat shows from Pat Sajack and Arsenio Hall), live programming is missing, as are sports, which will be needed to move Netflix from threat to disruptor.

As Netflix reaches the 50 million subscriber mark and looks to grow its international presence, the network that wasn’t seems to be skewing toward the safe route. The company’s record $71 million quarter this spring could be interpreted as undying consumer loyalty, but binging couch potatoes are a disloyal lot. It would be wise for the Netflix brass take a closer look at HBO’s trajectory and its mantra of continually challenging itself and viewers with such classics as Sex and the City, The Sopranos, Deadwood, and countless others. Mix in live boxing, sports talk with Bryant Gumbel, stand up from Seinfeld, Carlin, etc., and you have a force that has been and will be one to reckon with.

So what does Netflix have in store? Please hold your yawns til the end.

– BoJack Horseman: a crude-for-crude’s sake animated comedy about a horse who is a retired sitcom star, starring the vocal talents of Will Arnett.

– Marco Polo, an over-the-top drama now filming in Malaysia and Kazakhstan (yes, Borat is an extra)

– Sense 8 from the folks who brought us The Matrix trilogy. Described only as a “gripping tale of minds linked and souls hunted” and “the ways technology simultaneously unites and divides us.”

– Narcos, the chronicles of Colombian drug lord Pablo Escobar. Who else sees Entourage’s Vince and E’s infamous cinebomb Medellin all over this one?

Industry watchers have criticized Hulu and Amazon for having some good shows that are difficult to find. But with this new Netflix lineup, viewers will probably tolerate making a few extra clicks if it means satisfying their multiscreen palates with better content.