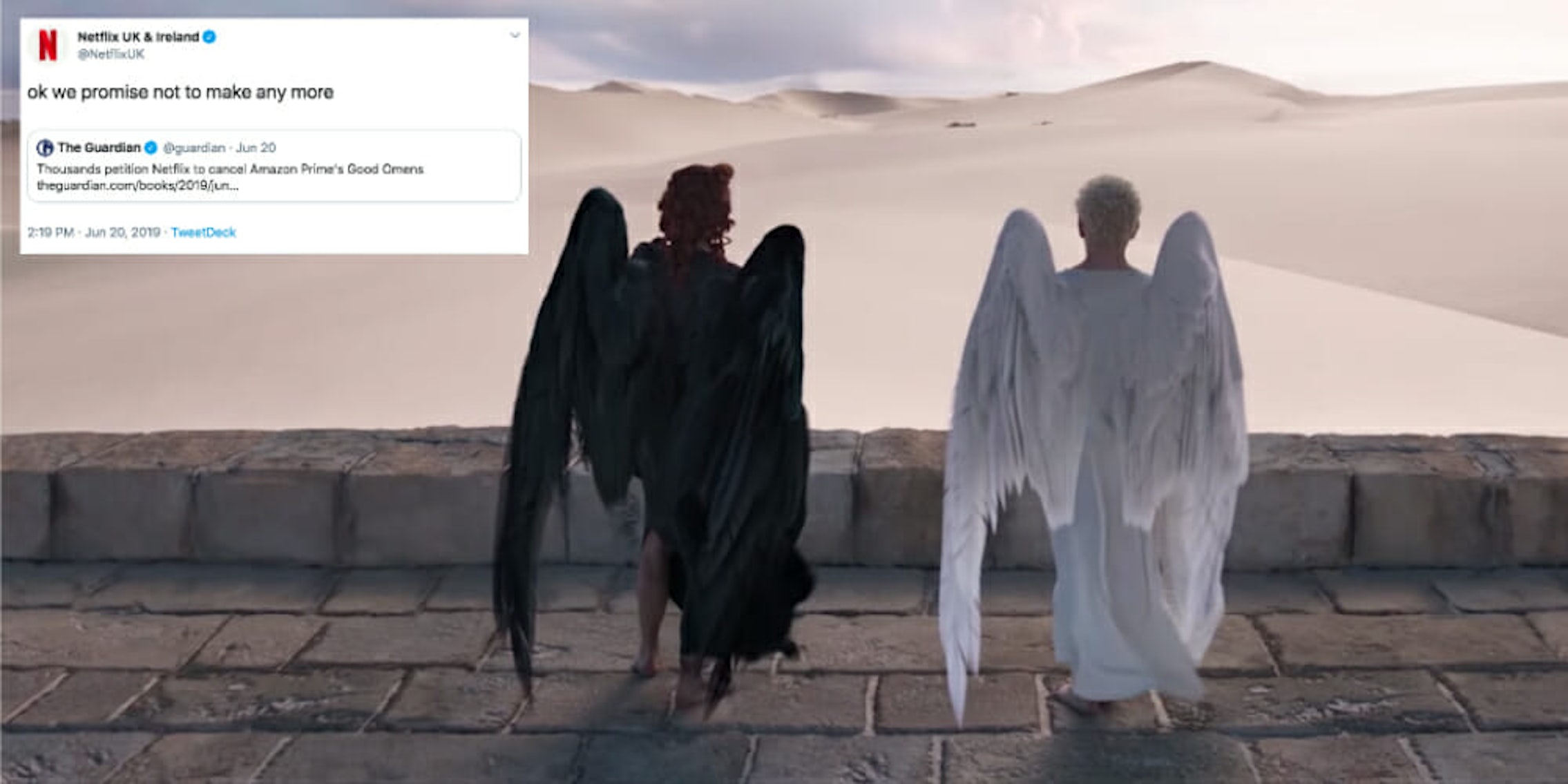 A petition was created by the Christian campaign Return to Order. The campaign, which calls Good Omens “blasphemous,” was originally directed at Netflix when Good Omens actually streams on Amazon Prime.

“Due to an oversight by Return to Order staff, this petition originally listed Netflix as responsible for the offensive series Good Omens,” the petition now reads. “Amazon Video released the series on May 31. We regret the mistake, and the protests will be delivered to Amazon when the campaign is complete.”

Well, both Netflix and Amazon Prime have seen and responded to the petition.

ok we promise not to make any more https://t.co/TRPux36kcX

Amazon Prime, the actual culprit of the show, responded with a joke of its own.

The petition, which can be seen on the Return to Order website, has racked up nearly 21,000 signatures–with a new goal of 35,000 signatures. It alleges that the Amazon series “mocks” God.

The campaign takes issue with the fact that “God is voiced by a woman,” while the antichrist is a “normal kid.”

Good Omens was released in May. David Tennant plays the demon Crowley, while Michael Sheen plays his counterpart as the angel Aziraphale. The campaign is upset that the two characters are “good friends.” The petition’s creators are also perturbed that the six-part series portrays God as evil, while the devils appear as good.

“This is another step to make Satanism appear normal, light and acceptable,” the petition reads. “I urge you to pull this series at once. Stop promoting evil!”

Well, it looks like Netflix finally saw the light and is done promoting evil. (Please, nobody tell them about Lucifer or the Chilling Adventures of Sabrina.)