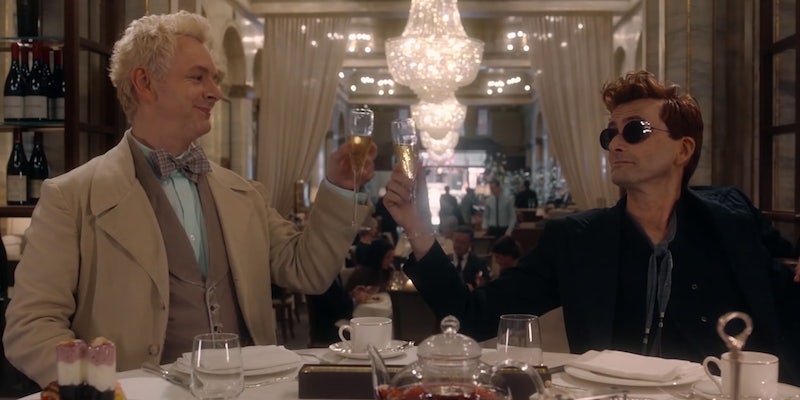 How to stream ‘Good Omens’

A comedy of biblical proportions.

It’s the end of the world as we know it, and I feel fine? The Book of Revelations has given many wackos delusions of grandeur but for the first time, it’s inspiring hilarious TV in Good Omens.

Based on the Neil Gaiman/Terry Pratchett novel of the same name, Good Omens follows the unlikely friendship between an angel and a demon living on earth since genesis itself. Michael Sheen is the Aziraphale, a guardian of the eastern gates of paradise. David Tennant plays his demonic counterpart, Crowley, who served as the snake that tempted Eve so many years ago.

The end is nigh, and the two are tasked with setting armageddon in motion. The problem is, both of them have grown quite accustomed to their cushy earth lives, and yeah, they’ve even grown soft on the collection of shaved apes known as humanity. Together, they must prevent the coming of the antichrist and stop this whole apocalypse thing from setting in motion. It’s like if the Odd Couple had Biblical stakes.

Here’s everything you need to know to stream Good Omens.

What is Good Omens?

How to stream Good Omens for free