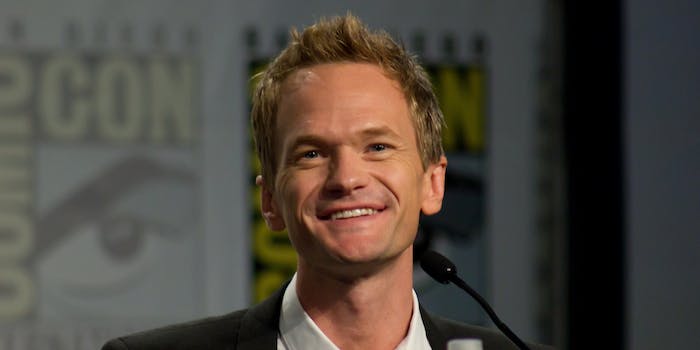 Neil Patrick Harris is hosting the 2015 Oscars, and here’s what’s in store

It's gonna be legen… wait for it… dary.

In case his turn as a 14-year-old doctor Doogie Howser didn’t tip you off, Neil Patrick Harris is a bit of an overachiever. Since wrapping How I Met Your Mother this spring, the actor has showed no signs of slowing down, playing Hedwig on Broadway and starring in the fall blockbuster Gone Girl. But come February, he’ll be changing roles yet again, this time as the host of the 2015 Oscars.

On Wednesday, it was announced that Harris had been tapped to host the 87th annual Academy Awards on Feb. 22 in Los Angeles. It’s news that should comes as no shock to those familiar with the actor’s past hosting duties. Having hosted the Tonys four times, the Emmys twice, and now the Oscars, the triple threat is only one gig away from a hosting EGOT. Just look at these back-to-back-to-back opening numbers from the Tony Awards to get a taste of what’s to come.

Harris confirmed the news on Twitter, where just one day prior, he’d announced the release of his autobiography.

While not much else is know at the time about what NPH could have in store for next year’s Oscars, we’re guessing it will have to involve a bit of song and dance, like those three above and this opening number from the 2010 Academy Awards.

The only thing we’re looking forward to more than Harris’s Oscar hosting is what he will dress his adorable children up as for Halloween this year.

H/T The Wrap | Photo via vagueonthehow/Flickr (CC BY 2.0)