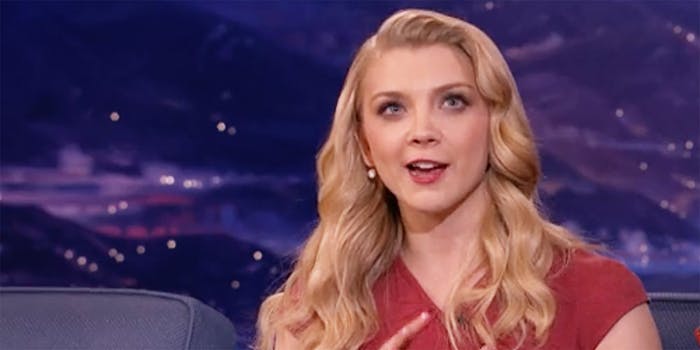 Season 5 of Game of Thrones isn’t due until April 2015, but in the meantime, fans are keeping themselves busy analyzing (or perhaps overanalyzing) every detail or leaked photograph they can find.

Actress Natalie Dormer—better known to A Song of Ice and Fire fans as Margaery Tyrell—appeared on Conan last night to provide some tantalizing tidbits on the upcoming season of the show. Conan O’Brien and Dormer discussed what may lie in store for her character, the mysteries that await now that the show has overtaken the books, and—because it is Game of Thrones—how she hopes she’ll inevitably be killed off.

Dormer also did an AMA on Reddit earlier this week, spilling further details on the what it’s like to work on Game of Thrones. Information divulged included: