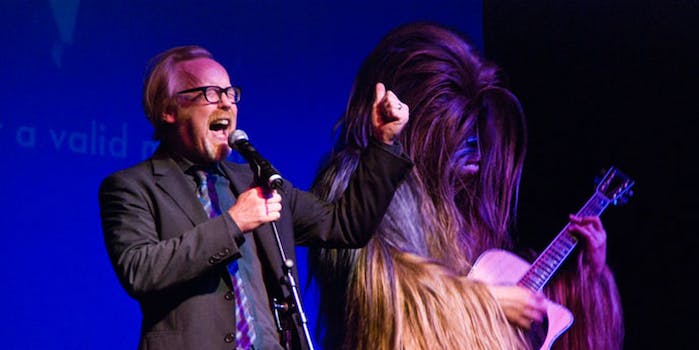 Reddit’s 5 best suggestions for its very own ‘Mythbusters’ episode

This is what Reddit has been waiting for for years.

If you’ve ever wanted to propose an experiment for the Mythbusters boys to test out—or just suggest something for them to blow up—you’re about to get your chance.

Taking suggestions for myths and for things to blow up at @reddit. Here's your chance! http://t.co/ohv817l53P

This could easily be a disaster in the making, but Savage sounds like he knows what he’s doing.

“Yup, we’re handing over the editorial of an episode to YOU,” Savage wrote. “So if you’ve got a TESTABLE myth you want us to tackle, post it below. If you’ve got a myth you think we messed up and should do again, then put it here in this thread.

Savage said the team was “also interested in novel methodologies if you guy have something interesting in that regard too!”

“If you want us to blow something up, here’s where you can tell us!” he wrote. “Or if you’ve just got a burning desire to send something weird and wonderful to its doom courtesy of the rocket sled, then you know what to do.”

Fans will have approximately two weeks to submit their ideas before the Mythbusters R&D team picks the best ones. The episode itself will likely air sometime in early 2016.

The only real restriction is that the experiments have to be PG-13 in nature. Fart-related myths, however, are completely on the table. (Fans will also lose the rights to the idea by posting it and will not be compensated if their idea is used in the episode.)

Savage and his team will have more than enough myths to choose from—some doable, others not so much—so we’ve gathered our favorites from the suggestions listed so far. When people finally have the chance to propose things they’ve waited years to explore, they get pretty creative.

1) Rapunzel hair myths (or even fairy tale myths in general)

That should be the main question from this classic fairy tale: How is that even possible? That poor girl’s neck. 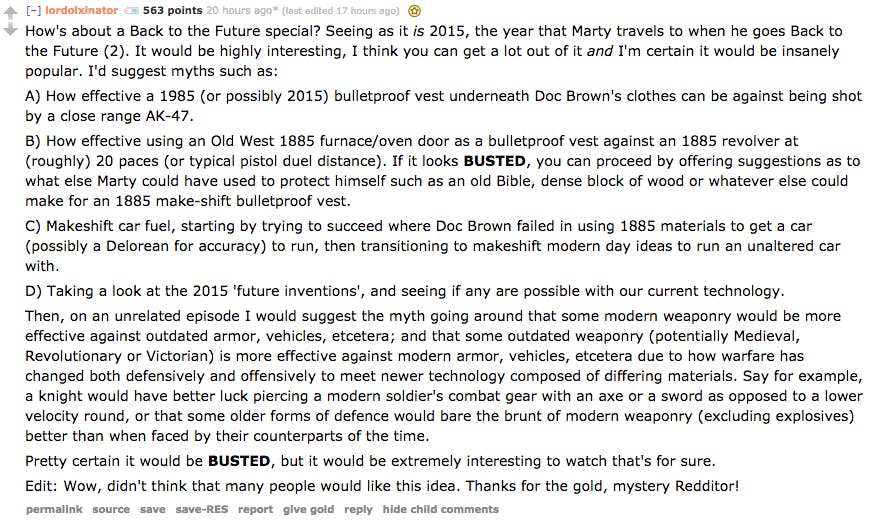 Mythbusters might already be planning a Back to the Future episode for the film’s 30th anniversary, but if the show wasn’t already on it, these are some solid ideas that don’t involve time travel.

3) How effective are smartphones at stopping bullets? 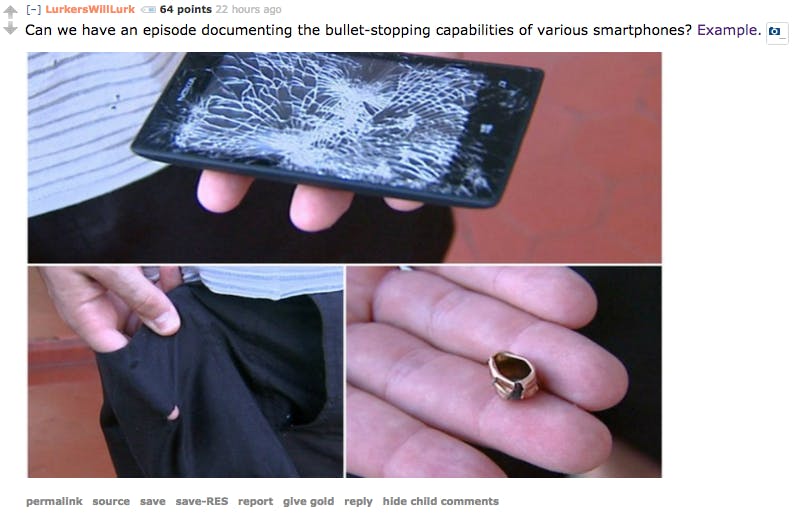 The number of people who put their phones in a breast pocket might rise after this.

4) Can you escape a land mine without dying by putting something of equal weight on it?

Imagine how many scenarios would suddenly become escapable if this worked out.

5) Can you punch your way out of a paper bag?

This one’s more on the silly side, but it raises the question: What if we can’t?

Bonus: Just get Jeremy Clarkson involved and blow cars up.